The municipality of Jeonju, 240 kilometers south of Seoul, said it and KT Linkus, the operator of public pay phone networks, have agreed to convert two pay phone boxes in the city into charging stations for electric two-wheelers by the year's end.

Following a test operation at the two stations, the city plans to install electric vehicle chargers at 18 other phone booths by 2023. 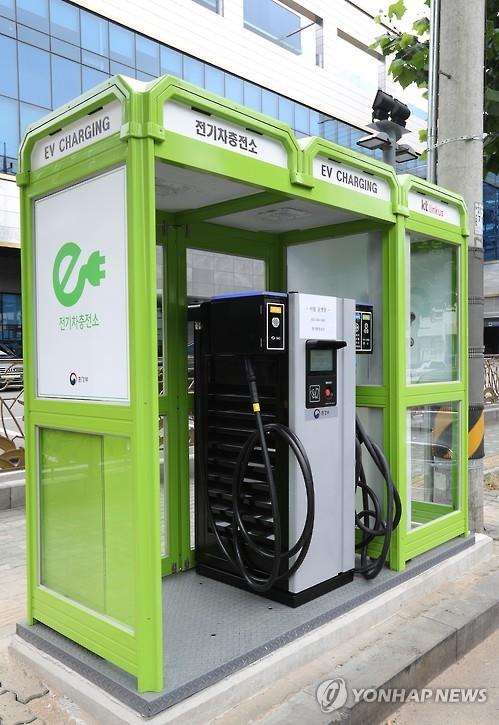 The municipal government plans to provide administrative support, such as permission to occupy roads and change their usage, to ensure that the transformation of unused phone facilities will proceed smoothly. Municipal officials said up to eight batteries can be simultaneously charged at any of the new charging stations.

"The phone booth refurbishment project is expected to be of great help in popularizing electric two-wheelers and achieving its carbon neutrality goals," a Jeonju official said.

The city of Iksan, just west of Jeonju, also plans to refurbish 22 phone booths into charging stations for electric two-wheelers by the end of 2023.

The provincial government of South Chungcheong and KT Linkus aim to transform 100 of 900 old pay phone boxes in the central province into electric bike charging stations by the end of next year.