JINCHEON, South Korea, June 28 (Yonhap) -- South Korean Olympic leaders pledged on Monday that the country's athletes at the Tokyo Summer Games will be fed fresh and clean food, dispelling concerns over ingredients from a Japanese prefecture hit with radioactive contamination.

At a press conference at the Jincheon National Training Center in Jincheon, 90 kilometers south of Seoul, Jang In-hwa, head of mission for South Korea at the Tokyo Olympics, fielded a question about meals for South Korean athletes and whether they'll be eating food from Fukushima, an area exposed to high levels of radiation following a tsunami-triggered meltdown at a nuclear power plant in March 2011.

"We've already sent some ingredients from here to Tokyo, to a dining center near the athletes' village," Jang said. "For fruits, meat and seafood, we'll only supply verified local products. We'll be preparing boxed meals for our athletes at competition and training venues."

"We'll be educating our athletes on eating fish and other types of seafood (while in Japan)," Lee added.

Lee touched upon other sensitive matters.

On whether the IOC will sanction any display of the Rising Sun Flag, once used by the Japanese imperial army, Lee said, "The IOC and Tokyo's organizing committee will come down hard on the display of the flag. I believe it won't be allowed at venues. We'll be working with China and Russia on that front." 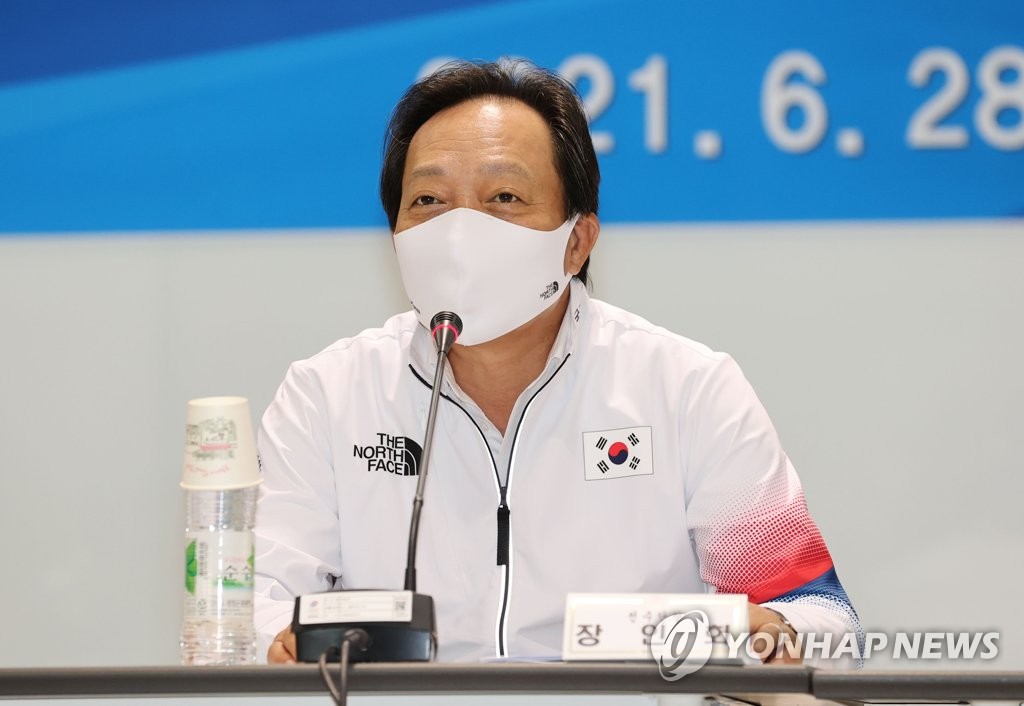 South Korean sports officials have been up in arms over Japan's depiction of Dokdo, the easternmost islets for Korea, as its own on an Olympic map.

When pressed by South Korea, the IOC dubbed Japan's placing of Dokdo on its map as "purely topographical expression" with "no political motivation whatsoever."

"I plan to meet with (IOC President Thomas) Bach in Tokyo and discuss this issue," Lee said, adding that he hasn't been able to visit the IOC office in Switzerland with the Olympics so close. 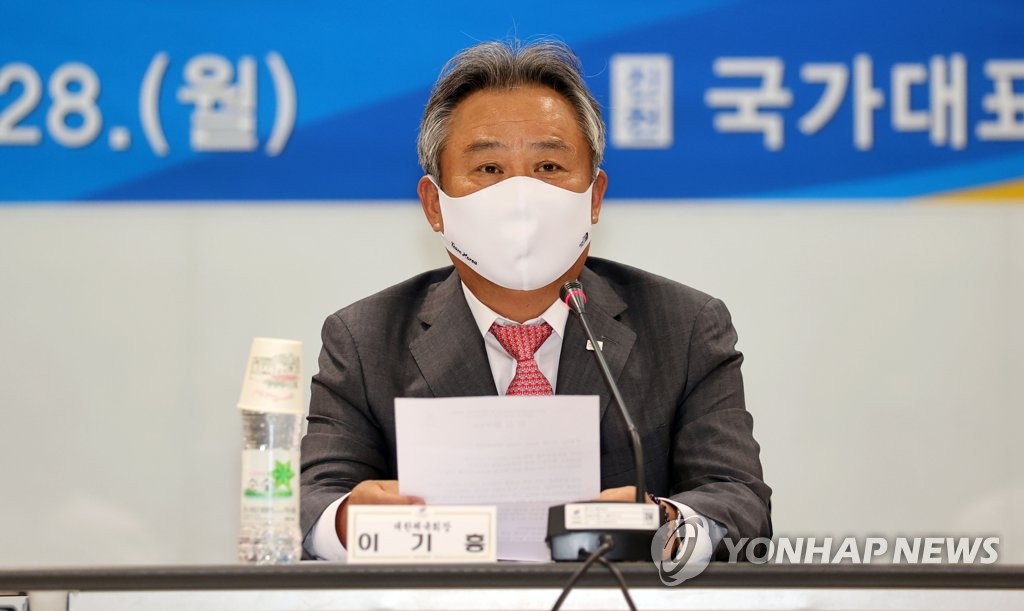