SEOUL, June 29 (Yonhap) -- South Korea plans to set aside 33 trillion won (US$29.2 billion) for its new round of extra budget aimed at fighting the aftermath of COVID-19, which includes the payment of stimulus checks to households in the bottom 80 percent income bracket, ruling party officials said Tuesday.

Nearly 16 trillion won of it, the DP official said, will be distributed as COVID-19 relief funds, including the "COVID-19 coexistence public assistance payment," a type of stimulus checks that will benefit households in the bottom 80 percent income bracket, according to DP officials. 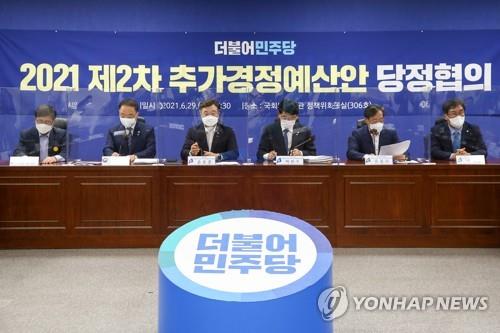 New round of COVID-19 response extra budget to be worth 33 tln won: DP

New round of COVID-19 response extra budget to be worth 33 tln won: DP