SEOUL, June 29 (Yonhap) -- This may be shocking to some: The best female golfer in the world at the moment is not from South Korea.

That title belongs to Nelly Korda of the United States. She has been freshly anointed as world No. 1, after winning her first career major at the KPMG Women's PGA Championship near Atlanta over the weekend. Korda also won a regular tour event the previous week and has an LPGA-leading three wins in 2021. She also leads the tour in money, scoring average, total birdies and the Player of the Year points. 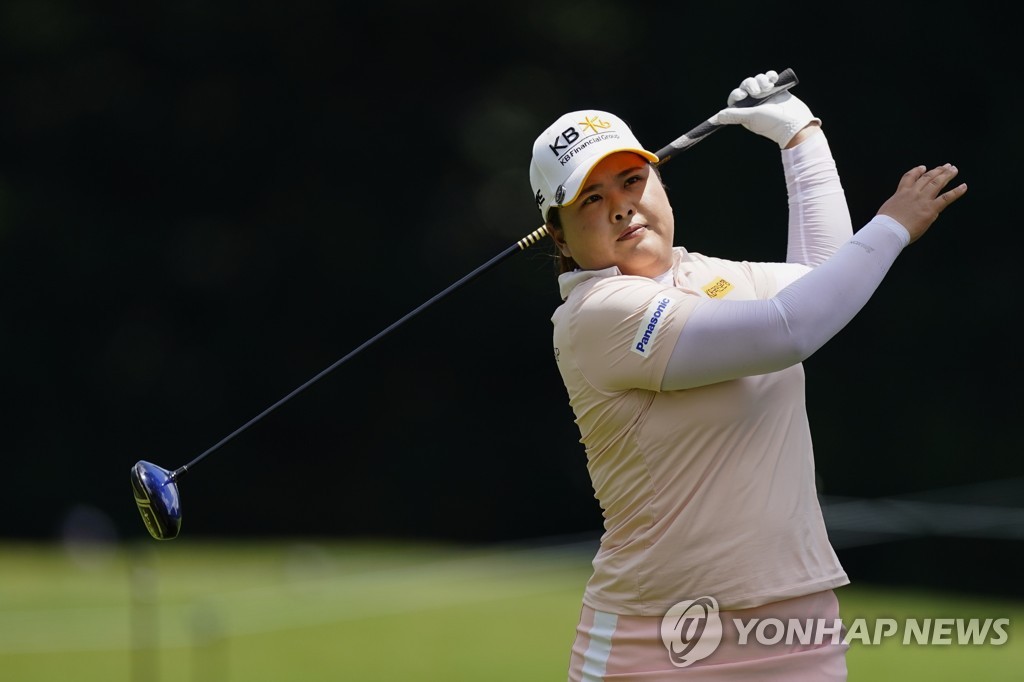 Korda has left her competition in the dust, and South Korean stars haven't been able to mount much of a challenge.

That's a concerning development for South Korea with the Tokyo Olympics less than a month away.

The field of 60 players was finalized based on the latest world rankings unveiled Monday (U.S. time). The top-15 players automatically qualified, with a maximum of four per country. South Korea and the U.S. are the only two nations to send four players to Tokyo.

Representing South Korea will be: Ko Jin-young (No. 2), Park In-bee (No. 3), Kim Sei-young (No. 4) and Kim Hyo-joo (No. 6). Park, an LPGA Hall of Famer, is the defending Olympic champion, and Kim Sei-young is also going to her second straight Olympics after tying for 25th at the Rio de Janeiro Games five years ago. All four players have won at least one LPGA major and competing in the Olympic pressure cooker shouldn't be an issue for the quartet.

Their recent form may be a different story though. 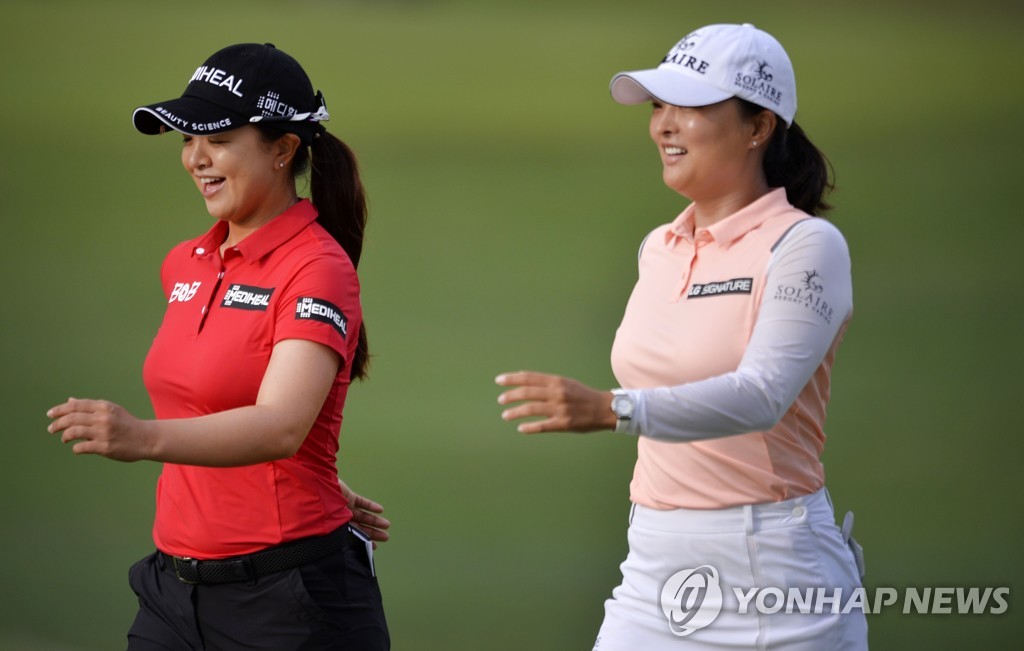 That pales in comparison to the recent run of dominance by South Korean players. In the pandemic-shortened 2020 season, they won seven of 18 LPGA events, including three of four majors -- one major, the Evian Championship, was canceled.

Ko began 2021 with four top-10 finishes in her first five tournaments and then has managed just one more top-10 showing in her next five events. 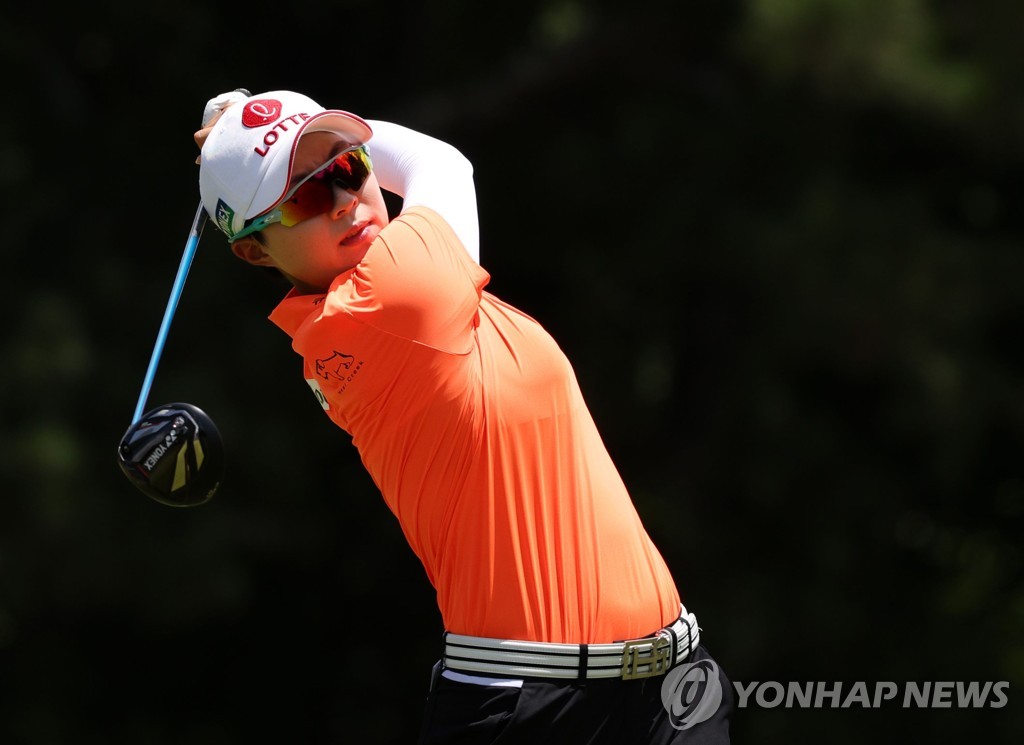 Kim Sei-young, who has recorded at least a win every year since her rookie campaign in 2015, has three top-10s in 11 starts.

Park has been the most consistent of the bunch. She's second overall on the tour with seven top-10s and is the only South Korean Olympian not to miss a cut or end up outside the top 40 in 2021.

Kim Hyo-joo tied for third at the KPMG Women's PGA Championship, but she was nine back of Korda. And that's been the theme for South Koreans at majors this year: finishing in the top 10 without really threatening.

At the season's first major, ANA Inspiration, Kim Sei-young tied for third place, seven strokes behind the winner, Patty Tavatanakit. At the U.S. Women's Open, Ko and Park tied for seventh, and they were five strokes out of the playoff between the champion Yuka Saso and Nasa Hataoka.

South Korea has produced winners of the LPGA Player of the Year award in three of the past four seasons. In 2017, Park Sung-hyun and Ryu So-yeon were co-winners. Ko Jin-young earned that honor in 2019, and Kim Sei-young followed up in 2020.

In 2021, Park In-bee is the closest South Korean pursuer of Korda, and she's in fourth place with 70 points, 91 points back of the American.

Korda's victory on the weekend meant South Korean players have gone seven tournaments without winning, the longest such drought since 2014.

There are four LPGA tournaments left before the Olympic women's golf tournament starts on Aug. 4 at Kasumigaseki Country Club, just outside the Japanese capital. It includes the fourth major of the year, the Evian Championship, from July 22-25 in France. These are opportunities for South Korean stars to change the narrative heading into Tokyo. 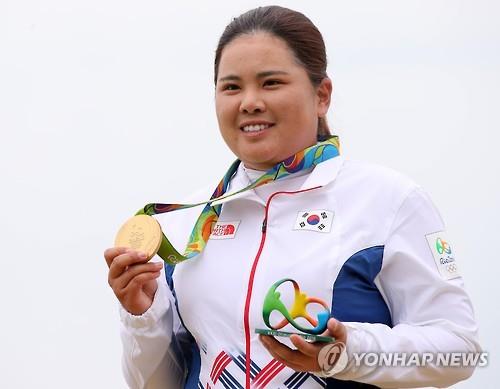 Perhaps recent form is overrated and won't really matter when vying for Olympic glory. Park In-bee herself is living proof of that.

She had been battling a left thumb injury for most of 2016. She played in 10 tournaments before the Olympics and missed the cut twice while withdrawing three times.

Park didn't play an LPGA event again after early June, and she contemplated skipping the Olympics amid rumors that she was about to retire.

She committed to the Olympics about a month before the tournament and then almost went wire-to-wire to win the gold medal.

To this day, that gold medal has a special place in the heart of the Hall of Famer.

"I've achieved a lot in golf, won a lot of majors, won a lot of tournaments, but winning the gold medal was something really different," Park said last week, before playing at the KPMG Women's PGA Championship. "I wish a lot of the players think the same and treat Olympics the same. I think it's definitely something that you should experience."

Kim Hyo-joo, despite finishing well out of contention on the weekend, said she was pleased with the state of her game.

"It's been a while since I wasn't disappointed on the final day, and it feels great to get the feel of my shots back as well. So overall really satisfied," she said. "I'm proud of myself, not because I'm closer to the leader, but because I'm overall satisfied with the swings that I have." 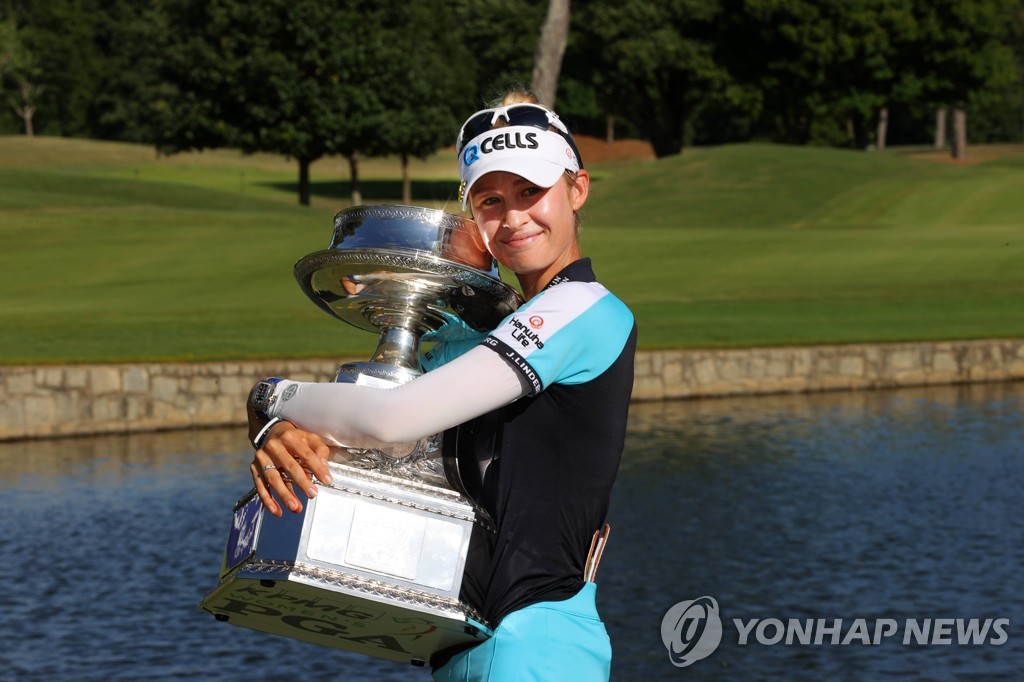