SEOUL, June 29 (Yonhap) -- Yoon Seok-youl officially launched his high-profile presidential bid Tuesday, four months after he stepped down as prosecutor general, vowing to rebuild justice and the rule of law.

Yoon announced the declaration to run in the March 9 presidential election at his first official press conference since his resignation in March, held in southern Seoul.

"With common sense as my weapon, I will definitely rebuild the free democracy and the rule of law that have fallen apart, as well as the value of justice, that could reverberate through different eras and generations," Yoon said.

He mounted attacks on the Moon Jae-in administration to make his case for entering the presidential race.

"This government not only privatizes power but also tries to extend its reign to plunder the nation," Yoon said. "I can no longer sit and watch it."

He said the country needs to stand up and resist the reign of the "corrupt and incompetent" ruling force, adding, "I am ready to sacrifice and dedicate everything for the people and the future of the nation.

"We must succeed in taking back (the presidency) ... and the people and political groups who agree on this must join forces," Yoon added.

Yoon's entry into the presidential race had been widely anticipated as he has taken the lead in various opinion polls on presidential hopefuls since late last year following his much publicized feud with the justice ministry over the prosecution reform drive.

His opinion poll ascent has captured the imagination of the conservative opposition bloc seeking to take down Moon's progressive administration and reclaim the presidency in the upcoming election.

Yoon hinted at his interest in joining the primary elections of the main opposition People Power Party (PPP) to pick its candidate for the presidential race.

"In terms of political philosophy, I share its thoughts," he said in response to a relevant media question. 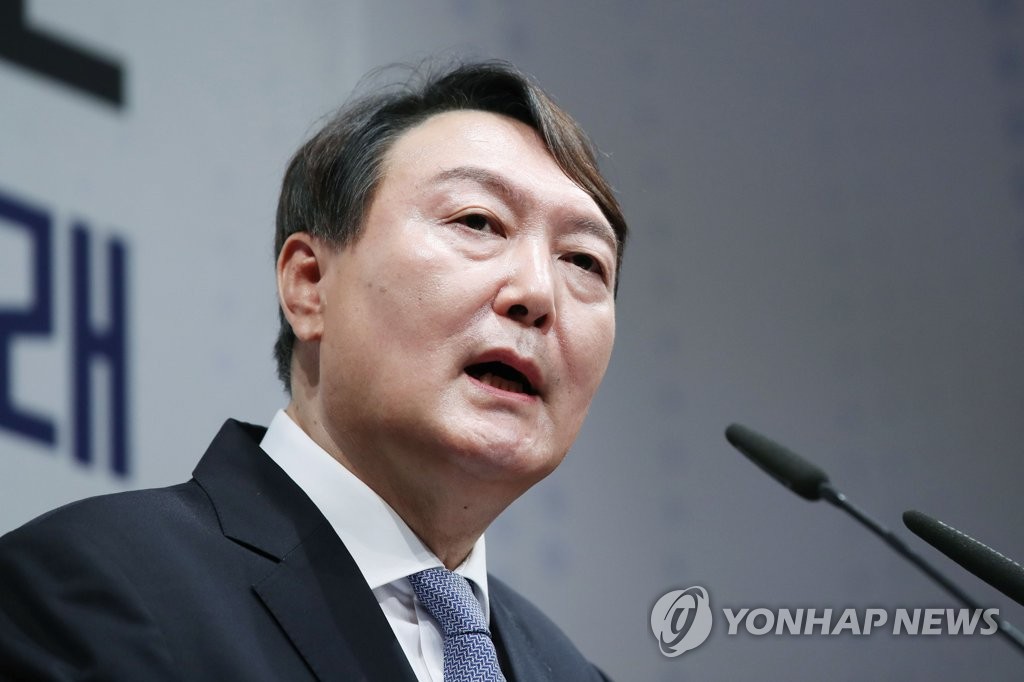 A career prosecutor, Yoon was handpicked by Moon to steer the national prosecution service in July 2019 for the president's bid to uproot corruption and other social ills.

The top prosecutor, however, later clashed with the Moon government's justice ministers and ruling party lawmakers over a series of politically sensitive prosecution probes targeting key ruling bloc figures, as well as a major prosecution reform drive that seeks to dramatically weaken the prosecution's investigative powers.

In early March this year, Yoon stepped down as prosecutor general, four months ahead of the official termination of his two-year tenure, in apparent resistance to the prosecution reform.

His strife with the Moon government drove his rise to the top in a majority of public opinion polls since late last year against the backdrop of falling support ratings for Moon and his ruling bloc, attributable mainly to their failure to contain runaway housing prices, as well as various scandals involving government and ruling party officials. 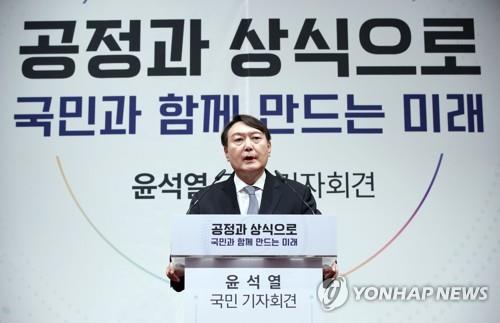 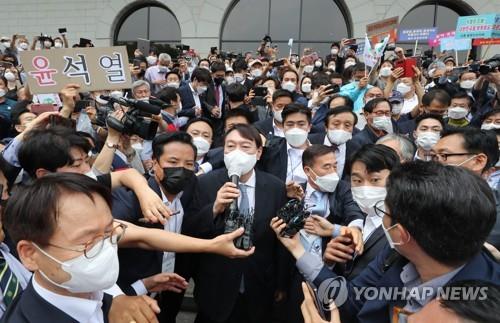 Lee, the most favored pick in polls for the ruling bloc's presidential hopefuls, is planning to officially announce his bid Thursday, marking another high point of the pre-primary season.

In a move widely seen as a prelude to joining the presidential election race, Choe Jae-hyeong, the chairman of the Board of Audit and Inspection, also resigned from his seat a day earlier. He is widely expected to run in the race as an opposition candidate.

Kim Dong-yeon, a former finance minister under the Moon government, is also widely speculated to be interested in joining the PPP's primary process to pick the single standard-bearer.