The Defense Acquisition Program Administration (DAPA) spokesperson Col. Suh Yong-won made the remarks when a reporter asked why the development cost for the Korean version is far higher than that of the Iron Dome.

South Korea on Monday approved the 2.89 trillion-won (US$2.56 billion) project to develop an interceptor system like the Israeli system with its own technologies by around 2035.

Israel successfully developed the air defense system through a four-year project worth 230 billion won, and it has been in service since 2011.

"The Iron Dome responds to rockets fired by militant groups, such as Hamas and irregular forces sporadically. Some parts of the system will bear similarities, but what we are going to build is designed to intercept long-range artillery pieces by North Korea, which requires a higher level of technologies given the current security situation," Suh told a regular briefing of the defense ministry.

"We will try to minimize the cost when mass producing the system," he added.

Seoul said the envisioned interceptor system is expected to better defend the country's core facilities and key military and security infrastructure against long-range artillery threats from the North.

Pyongyang deploys around 1,000 artillery pieces along the Military Demarcation Line separating the two Koreas, including 240-millimeter multiple rocket launchers, most of which are directly aimed at Seoul and the metropolitan area, according to military officials. 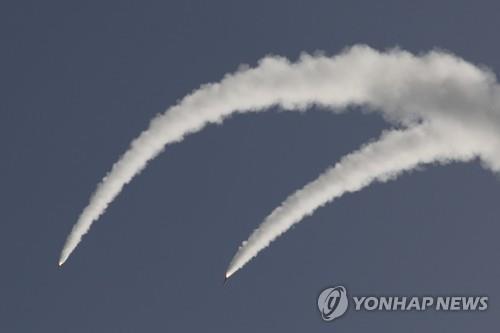