Abrams made the remarks during an honor guard ceremony hosted by the Joint Chiefs of Staff Chairman Gen. Won In-choul ahead of USFK's change of command slated for Friday, according to the military. 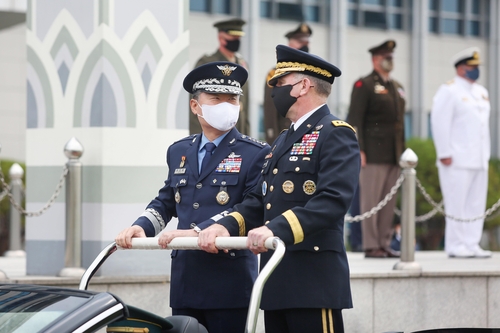 Expressing gratitude to "28,500 men and women of USFK for their service and dedication away from home for the peace and stability on the Korean Peninsula," Abrams said he will continue to "actively support and back the alliance."

The U.S. general said his "time as a member of the ironclad ROK-U.S. alliance was a personal honor and privilege, and full of indelible memories," adding that he is "certain this alliance will emerge greater and stronger going forward." ROK stands for South Korea's official name, the Republic of Korea.

Won said Abrams showed "tremendous leadership during the extremely difficult circumstances of COVID-19 to maintain the utmost ROK-U.S. combined defense posture," and asked for his continued support for the advancement of the alliance.

Abrams led the USFK since November 2018.

Earlier in the day, Abrams visited the national cemetery in Seoul, and offered his respect to fallen service members.

"This was a solemn reminder that freedom is not free and those that came before us made the ultimate sacrifice to enable the Republic of Korea to become the thriving democracy and economic power it is today. I offer my deepest respect to those who died while serving and protecting the ROK," Abrams was quoted by his office as saying. 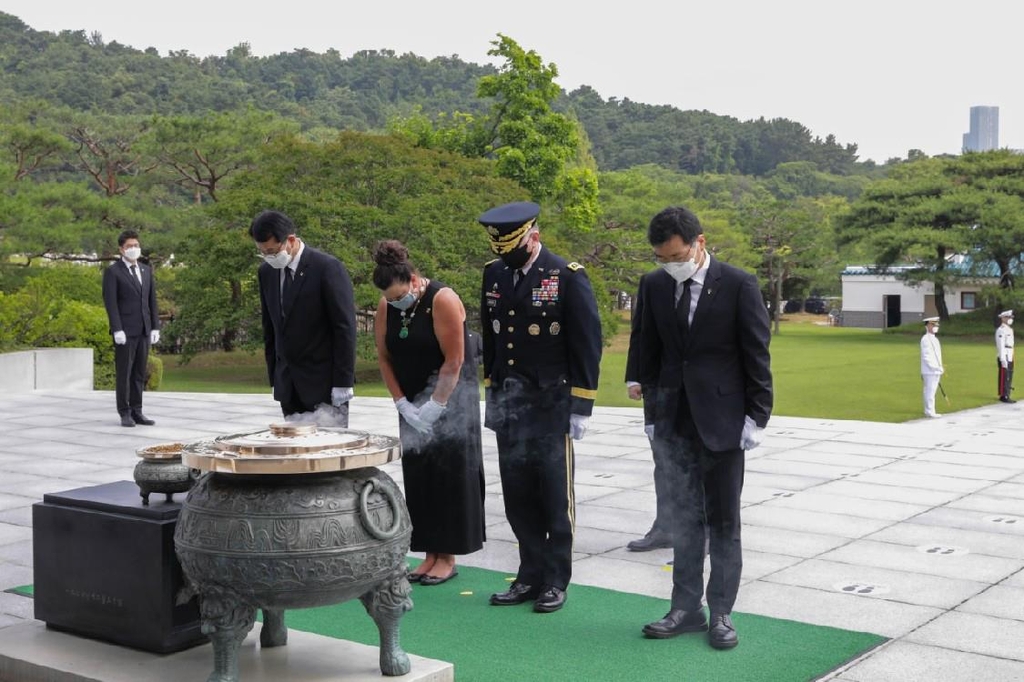