Trade Minister Yoo Myung-hee delivered a presentation before the members of the Bureau of International des Expositions (BIE) through a virtual meeting, according to the Ministry of Trade, Industry and Energy.

During the presentation, Yoo unveiled three themes of the envisioned Busan 2030 World Expo, namely "Sustainable Living with Nature," "Technology for Humanity," and "Platform for Caring and Sharing."

Asia's No. 4 economy currently plans to host the event from May to October 2030 under the slogan "Transforming our world, Navigating toward a better future." 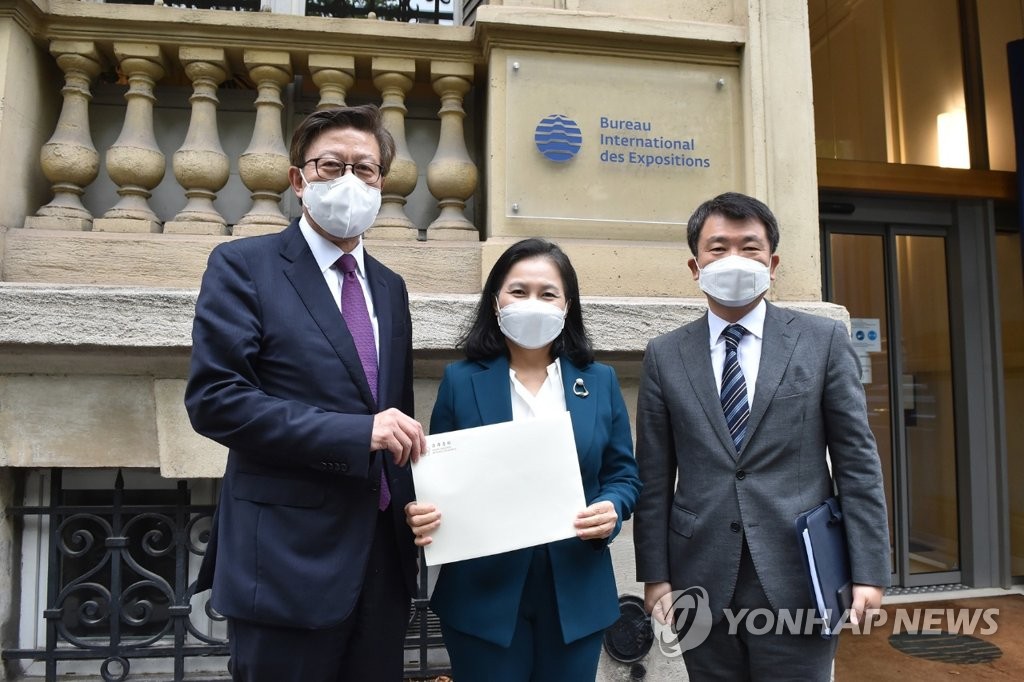 Russia also vowed to host the 2030 World Expo under the slogan of "Human Progress. Shared Vision for the World of Harmony."

The BIE plans to receive applications through October, with the final winner expected to be announced in 2023.