SEOUL, June 29 (Yonhap) -- A vaccination program appears to have drawn applicants for a mock test for the college entrance exam, a major education company said Tuesday.

The institution said it opened 42 slots for adults, for which 312 people applied. Nearly half of the applicants were 25 years old or older, a sharp increase from 22.6 percent a year ago.

Im Seong-ho, president of the company, attributed the rise in the average age of the September mock test takers to the country's vaccination campaign.

The Ministry of Education earlier said that all mock test takers, including those in their 30s and 40s, on top of high school seniors and teachers, will be eligible for the Pfizer vaccine from mid-July.

After the ministry's announcement, concerns were raised about potential false applications in order to get the vaccine, as the one made by Pfizer is preferred particularly by young adults fearful of the side effect of blood clots.

The ministry said the sudden rise could be an isolated case, but it will closely monitor the situation.

More than 15.3 million, or 30 percent of the country's 51.8 million population, have been partially vaccinated. The country aims to reach herd immunity by November. 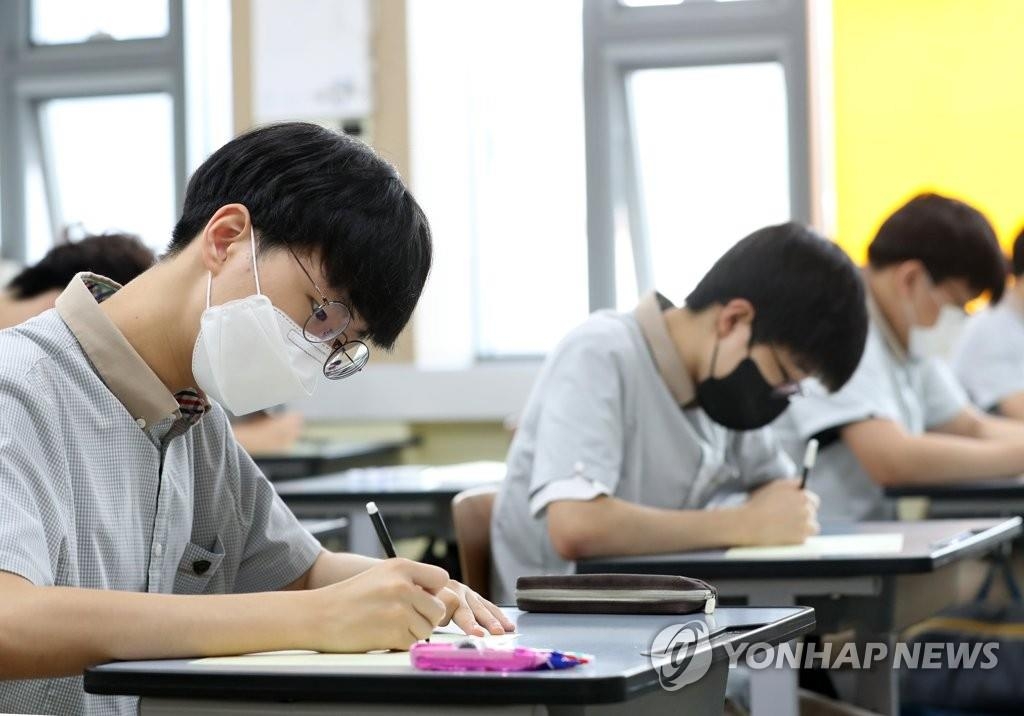