SEOUL, June 29 (Yonhap) -- A son-in-law of National Intelligence Service Director Park Jie-won has been standing trial on charges of smuggling drugs into the country and abusing them, legal sources said Tuesday.

The 45-year-old, who is a senior executive at Samsung Electronics Co., was indicted in April for allegedly bringing ecstasy and hemp from Seattle in May 2019 and injecting and smoking the drugs in July and August of that year, the sources said.

The allegations have not been previously reported.

Three other people are implicated in the case, including a 29-year-old woman who has been charged with abusing the drugs with Park's son-in-law at a motel in Seoul's Gangnam Ward.

The woman was previously convicted of drug-related charges and received a suspended prison sentence in 2017.

The son-in-law attended a hearing at the Seoul Central District Court on June 18, his first time appearing before the court during the trial, according to the sources.

He has not informed his company of the proceedings and continued to work as usual, they said. 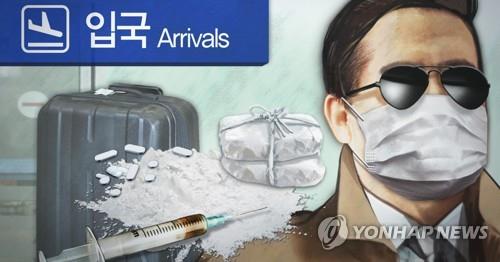