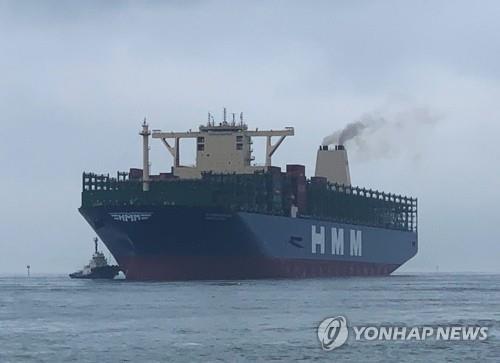 TEU, or twenty-foot equivalent unit, refers to the unit of the capacity of a container ship. A 13,000 TEU container carrier means it has a cargo capacity that can load up to 13,000 20-foot containers.

KSOE said in a regulatory filing that its subsidiary Hyundai Heavy Industries Co. will deliver six container carriers by the second half of 2024 under a 891 billion won ($788 million) deal.

In a separate regulatory filing, DSME announced its 888 billion won deal to deliver six container carriers by the second half of 2024.