SEOUL, June 29 (Yonhap) -- A tripartite panel tasked with determining next year's minimum wage voted Tuesday not to apply different rates according to industry, in a win for the labor side.

The Minimum Wage Commission, which is composed of nine representatives each from labor, business and the general public, met in Sejong for its sixth plenary session this year to negotiate next year's minimum wage. 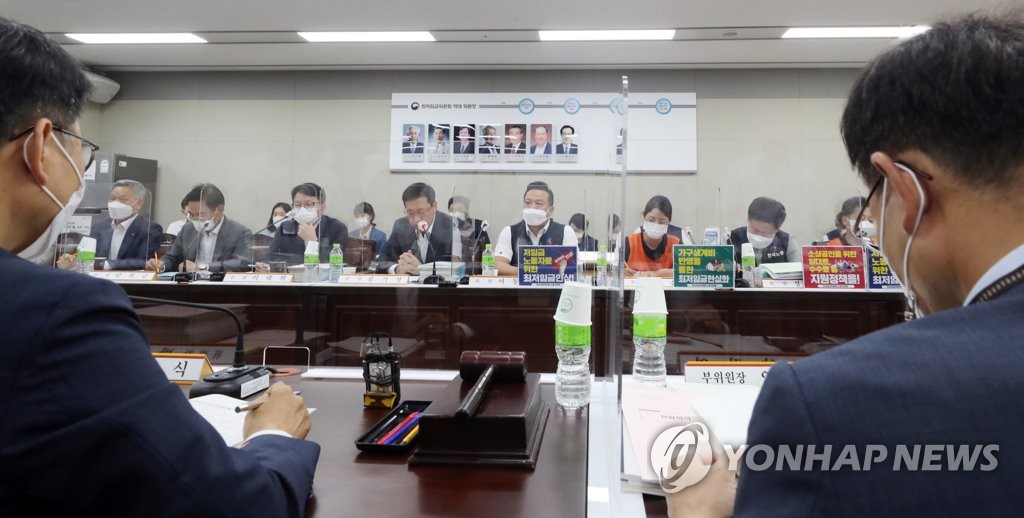 At issue during Tuesday's session was whether the minimum wage should be set lower for industries that struggle to pay wages, such as the food and hotel business. The business side has advocated the system, while the labor side has purported it defeats the purpose of the minimum wage.

The panel voted 15-11 in opposition to differentiating the rate. One person abstained.

A differentiated minimum wage was adopted in 1988 when the minimum wage system was first introduced but it has never been applied since.

The commission effectively has until mid-July to fix next year's minimum wage because Aug. 5 is the legal deadline by which the Ministry of Employment and Labor must notify the public of the new rate.

The business community on Tuesday proposed a freeze at 8,720 won, citing the rejection of the different rate system.

The gap heralds a tough round of negotiations between the two sides on the sensitive matter of setting minimum wages, as in previous years.