SEOUL, June 29 (Yonhap) -- South Korea and the United States agreed Tuesday to speed up cooperation in supply chains, such as memory chip and battery sectors, in the follow-up to the outcome of their leaders' summit, the foreign ministry said.

The BPD is a new bilateral working-level consultative platform launched in March after the allies had their "two plus two" meeting of foreign and defense ministers in Seoul to discuss a coordinated strategy on North Korea and other alliance issues.

The two also agreed to push to hold the next meeting in Washington in the second half of this year, it said. 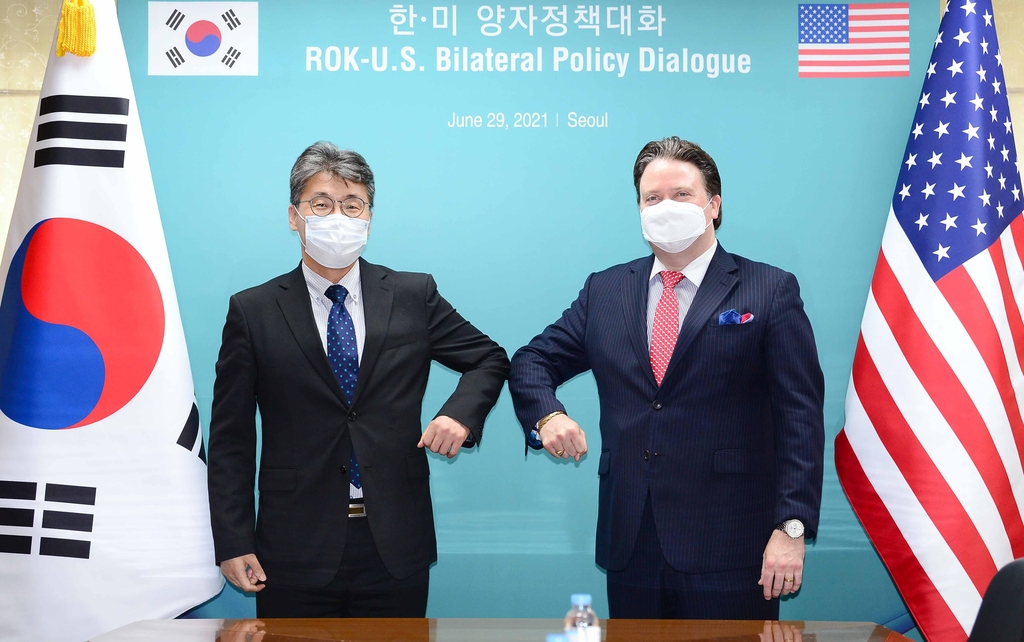