Discussed at the Senior Officials' Meeting (SOM) of the ASEAN Regional Forum (ARF) were the COVID-19 pandemic and such issues as the Korean Peninsula security situation, Myanmar and the South China Sea, according to the ministry.

North Korea is a member of the ARF along with 26 nations, including South Korea, the United States, China, Japan, Russia, India and Australia.

South Korea was represented by Yeo Seung-bae, deputy foreign minister for political affairs, in the SOM session. His North Korean counterpart was An Kwang-il, ambassador to Indonesia, the ministry said.

Yeo stressed the need for international cooperation to ensure fair global access to the COVID-19 vaccines and medical equipment.

Yeo said South Korea will continue diplomatic efforts the complete denuclearization and establishment of lasting peace on the Korean Peninsula. He requested that ARF members send a united message urging a peaceful resolution of the North Korean nuclear issue through the prompt resumption of dialogue.

This year's session, to be chaired by Brunei, is expected to open in early August. 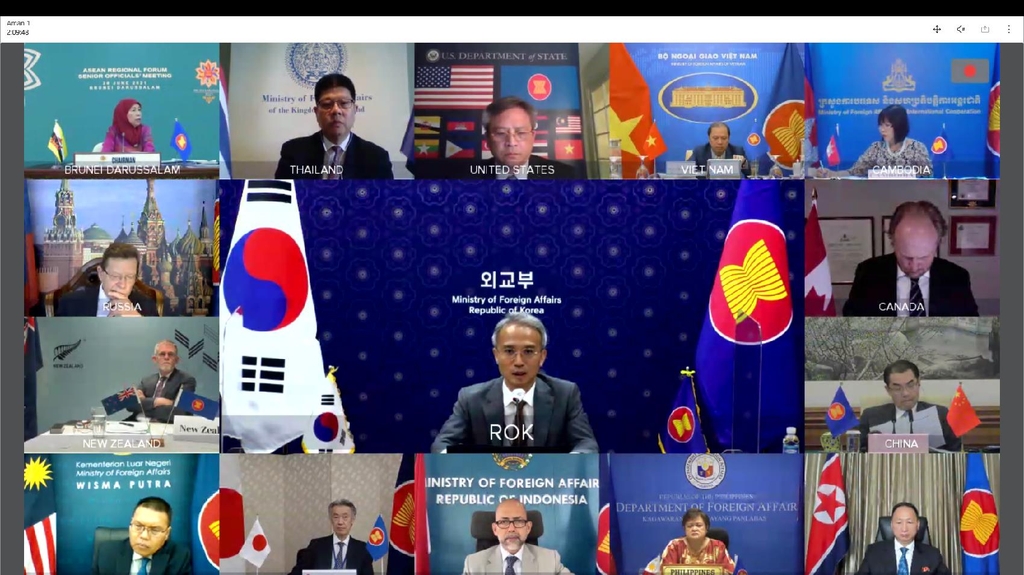