SEOUL, June 30 (Yonhap) -- The presidential race is picking up pace with one of the two front-runners declaring his bid and another set to follow suit this week, less than nine months before the election.

The launch of the top two contenders -- former Prosecutor General Yoon Seok-youl and Gyeonggi Gov. Lee Jae-myung -- is expected to quicken the pace of other hopefuls who are testing the water for their potential bids.

On Tuesday, Yoon, who has topped opinion polls for most favored presidential hopefuls since late last year, declared his long-awaited bid to run in the March 9 presidential election.

Announcing the decision in his first official press conference since stepping down in early March as prosecutor general, Yoon mounted criticism on the sitting Moon Jae-in government to make the case for his presidential bid, vowing to depose Moon's progressive government.

Yoon's entry into the presidential race immediately set in motion the main opposition People Power Party (PPP)'s action plan to recruit him to join the party's primary under its "big tent" election strategy, aimed at winning back voters' confidence and raising its chances of victory in the presidential election. 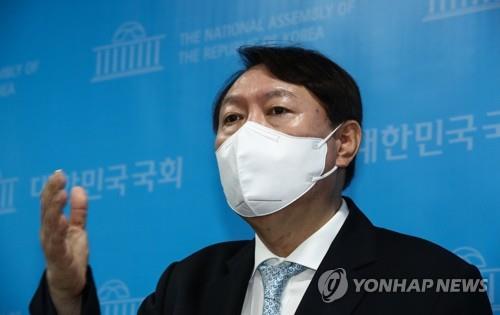 Yoon's archenemy, Lee of the ruling Democratic Party (DP), is expected to grab headlines by officially declaring that he will join the presidential race Thursday.

Lee has occasionally outstripped Yoon in opinion polls and is maintaining a solid lead in the polls over rival presidential contenders inside the ruling party.

Another major DP hopeful, former Prime Minister Lee Nak-yon, is also gearing up to officially launch his campaign Monday to be part of the party's lineup of nine candidates competing to win its ticket to run for the presidency.

Inside the main opposition PPP, several members are running to win the party's nomination for the presidential election, including former floor leaders Hong Joon-pyo and Yoo Seong-min, as well as Jeju Gov. Won Hee-ryong, but the media focus has been keener on whether two other former ministerial-level officials under the Moon administration would join the presidential race as opposition contenders. 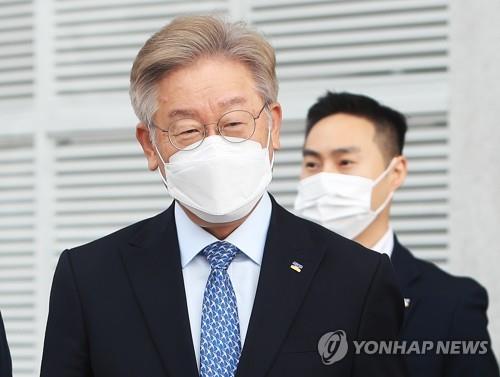 On Monday, Choe Jae-hyeong, one of the two ex-officials, long speculated to be interested in joining the presidential race, stepped down as chairman of the Board of Audit and Inspection, the national audit agency, fanning further media projections on his possible presidential bid.

Choe did not immediately clarify whether he will or not declare his bid but only said he will "take some time to think carefully about what role I should play" for the future of the nation, leaving open the possibility of his presidential run.

With local media deeming him as a potential alternative in the event of Yoon's potential dropout, many predict Choe will come up with a final decision on the matter at least by August.

Another former member of the Moon administration, ex-Finance Minister Kim Dong-yeon, is known to be testing the water for a possible presidential bid as an opposition contender.

In a clear hint of its interest in enlisting the former Moon administration bigwigs, PPP chairman Lee Jun-seok said earlier this month, "My vision lies in putting up a big tent to go up against the Moon government with a really big pool of presidential runners."

With the presidential race lineups of the two rival political blocs taking shape with the latest entries of Yoon and Lee, their presidential primaries are expected to be unusually competitive this year, possibly spanning nearly 20 contenders across the two rival blocs in total. 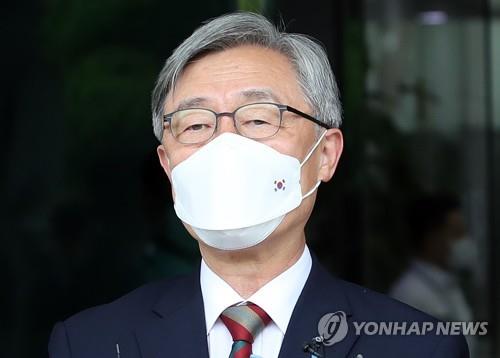 With top 2 hopefuls on board this week, presidential race picks up pace

With top 2 hopefuls on board this week, presidential race picks up pace