SEOUL, June 30 (Yonhap) -- Two Air Force warrant officers and one senior master sergeant were indicted in an investigation into the suicide death of a sexually harassed noncommissioned officer on charges of pressuring the victim to drop her complaint or sexually abusing her previously, officials said Wednesday.

One of the warrant officers and the senior master sergeant, both surnamed Noh, were charged with inflicting "secondary harm" on the victim by pressuring her to forgive a colleague of the same rank accused of groping and committing other sexual abuse in March.

The warrant officer was also additionally charged with sexually abusing her prior to the March case.

The victim was found dead at her home in an apparent suicide about three months later in May, and the suspect, surnamed Jang, was arrested earlier this month and has since been indicted for sexual harassment charges.

Prosecutors also indicted another warrant officer surnamed Yoon for sexually harassing the victim during an office dinner about a year ago.

The defense ministry launched an extensive probe earlier this month to determine what caused her to take her own life following intense criticism of the Air Force's poor initial responses to the sexual abuse case in March.

The Air Force allegedly failed to protect the victim and tried to cover up the case. Earlier this month, then Air Force Chief of Staff Gen. Lee Seong-yong stepped down over the incident.

So far, 21 individuals have been officially under investigation, including a military prosecutor, a public defender and the chief of the Air Force police. 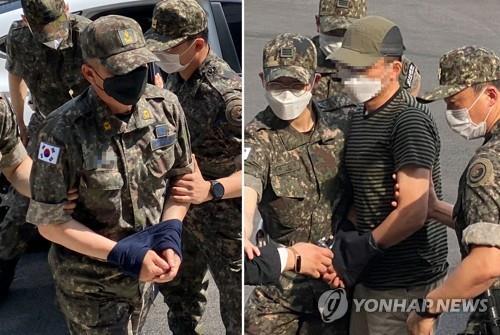