DAEJEON, June 30 (Yonhap) -- Prosecutors indicted a former industry minister and a former presidential secretary Wednesday for their alleged abuse of authority and interference with business in the process of the government's decision to close a decades-old nuclear power plant.

The Daejeon District Prosecutors Office has been looking into suspicions former minister Paik Un-gyu and former presidential aide Chae Hee-bong abused their power in the viability assessment of Wolsong-1, the nation's second-oldest nuclear reactor, to push for its early closure.

The state-run Korea Hydro & Nuclear Power Co. (KHNP) decided to close the reactor in late 2019 based on the assessment but a state audit agency said the following year the reactor's economic viability was unreasonably undervalued.

The liberal Moon Jae-in administration has staged a politically controversial campaign to phase out South Korea's use of nuclear energy in favor of renewable sources.

Paik is suspected of conspiring with the then presidential secretary in the process, while Chae is accused of pushing KHNP to shut down the reactor despite the company's opposition.

KHNP chief Chung Jae-hoon was also indicted on charges of dereliction of duty and interference with business.

Prosecutors said the decision based on the "manipulated" assessment caused 148.1 billion won (US$131 million) worth of damages to the company. 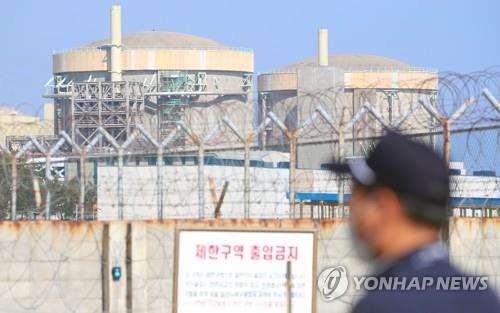