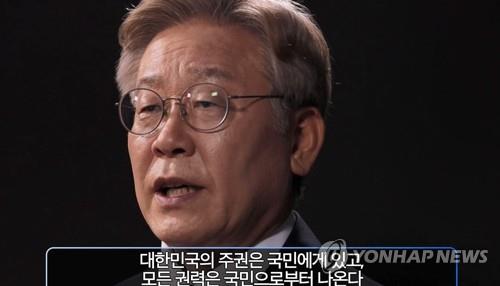 "By introducing basic income ... (I will) build a society where anyone can enjoy the minimum economic prosperity and pursue jobs they want," Lee said.