SEOUL, July 1 (Yonhap) -- LG Uplus Corp., one of three mobile carriers in South Korea, is aiming to boost its profile by expanding media and business-focused services beyond its established focus in telecommunications, its chief has said.

Hwang Hyeon-sik, CEO of LG Uplus, said in a press conference Wednesday that he aims to raise the company's share of sales from non-telecom services to 30 percent of the total by 2025 from the current 20 percent.

"The future B2B market will transition from a focus on infrastructure to solutions. We believe there's more room for growth than B2C services," Hwang said.

In May, the company said it will invest around 320 billion won (US$283.7 million) to build a new internet data center. The mobile carrier also announced last month that it would enter the artificial intelligence (AI) call center business with affiliate LG CNS Co.

The CEO added that the company will expand its workforce in new tech sectors, such as artificial intelligence and big data, to 4,000 by 2025 from the current 800. 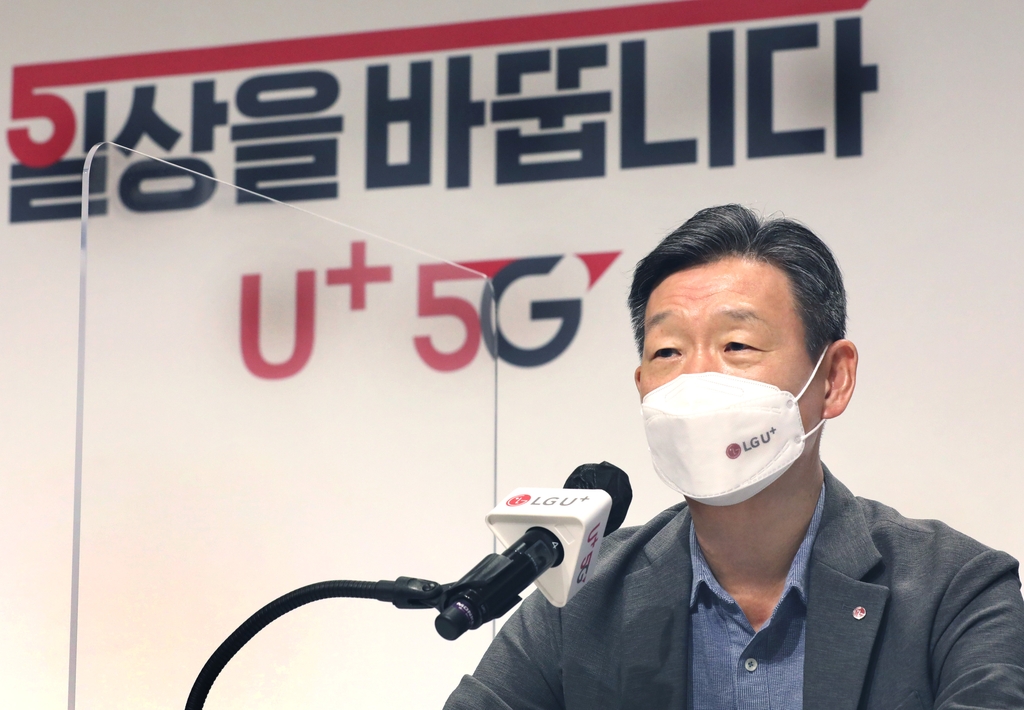 "The negotiations are going well," Hwang said. "Negotiations have yet to be completed so we will announce the results once they are finalized."

The CEO also said its relations with global streaming giant Netflix will likely remain intact after a Seoul court ruled against Netflix in its dispute with internet service provider SK Broadband Co.

Last Friday, the court dismissed a request from Netflix to confirm that it is not liable to pay network usage fees to SK Broadband.

The court also rejected Netflix's request to confirm that it has no obligation to negotiate with the South Korean company, raising speculation that the streaming giant could conduct negotiations over network usage fees with local telecom operators.

"As I understand, network usage fees have to be paid, but the method of payment could change based on the relationship between companies," Hwang said.

"While we can't discuss the details of the contract, we don't see the court decision as of yet leading to changes," Hwang said, adding that its negotiations with Disney will also likely not be influenced. "We are closely watching the developments."

The CEO also addressed concerns regarding the company's use of 5G network equipment from China's Huawei Technologies Co., saying that security concerns are being addressed.

"I think that consumers are most worried about security regarding Huawei," he said. "We do not use Huawei in our core network, which is at the center of security concerns, and receive security inspections from not only the United States but global institutions."

The United States has accused Huawei's equipment of being compromised and that it could be used by the Chinese government to spy on foreign networks.

LG Uplus Corp. is the only local carrier to use Huawei equipment for its 5G network.

"We aim to provide better network quality, all the while using equipment from Huawei without security issues," he added.