Trading volume was moderate at about 1.1 billion shares worth some 15.7 trillion won (US$13.9 billion), with losers outnumbering gainers 525 to 317. 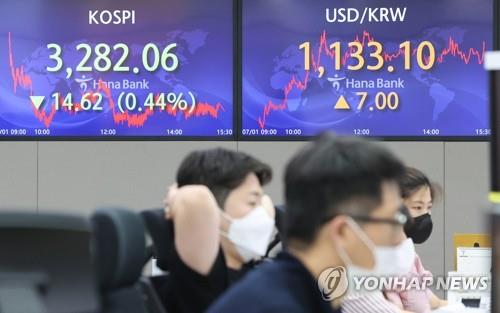 Stocks got off to a lackluster start after South Korean authorities pushed back the easing of the distancing measures in the greater Seoul area for a week, citing risks from the highly contagious delta strain of COVID-19.

Bio shares advanced in Seoul, while most other large caps slumped.

The local currency closed at 1,133.1 won against the U.S. dollar, down 7 won from the previous session's close.

The secondary Kosdaq index advanced 0.55 percent, or 5.68 points, to close at another historic high of 1,035.64 points, thanks to its high portion of bio and pharmaceutical stocks.

Bond prices, which move inversely to yields, closed lower. The yield on three-year Treasurys added 2.1 basis points to 1.469 percent, and the return on the benchmark five-year government bond rose 1.7 basis points to 1.756 percent. 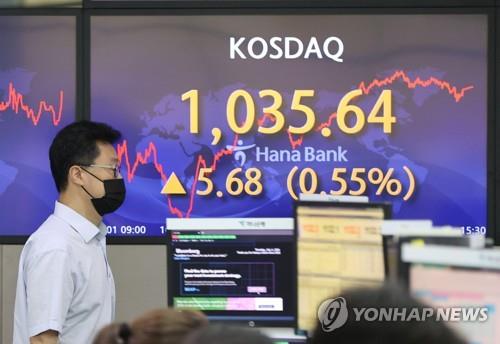