The prosecutors on Thursday asked the general military court in Yongin, south of Seoul, to sentence the scandal-ridden celebrity, whose legal name is Lee Seung-hyun, to five years in prison and a fine of 20 million won (US$17,600).

The singer is under trial at the military court because he enlisted in the Army in March last year following his indictment in January that year.

"The accused arranged sex services for investors and gambled with them to maintain business relationships with them," the prosecutors said, adding that he also ran an unlicensed adult entertainment establishment for two years, embezzled company funds and habitually gambled. 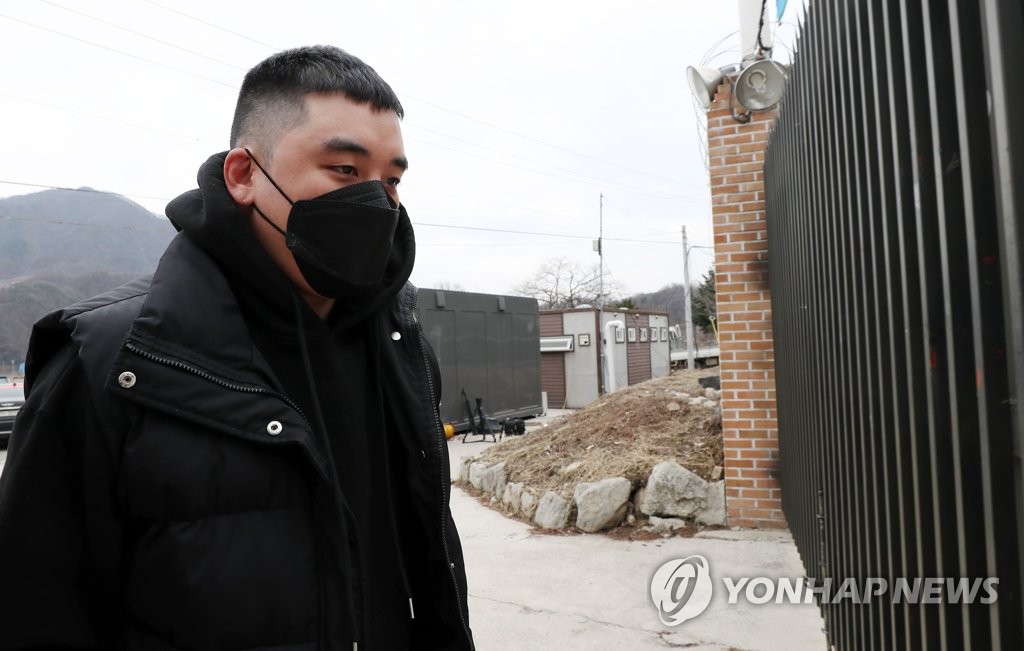 Seungri came at the center of the probe in a far-reaching sex and drug scandal surrounding Burning Sun, a nightclub affiliated with him in Seoul, which roiled the K-pop industry in 2019.

He was accused of procuring prostitutes for investors from Taiwan, Japan, Hong Kong and other countries from December 2015 to January 2016 to get investment for his nightclub and other businesses. He also allegedly used such sex services.

He was also suspected of misappropriating over 520 million won from his club funds and habitually gambling in Las Vegas from December 2013 to August 2017, with combined gambling money of about 2.2 billion won at stake. He allegedly breached the foreign exchange transaction act in the process.

During hearings, the singer denied most of the allegations, claiming that his business partner was responsible for the prostitution and he did not visit the United States for gambling.

But the prosecution called for a stern punishment against the singer, saying that he has "shown no remorse and shifted blame to other people despite enjoying large benefits from his crimes."