The tracklist of the upcoming physical CD version of "Butter," unveiled on the septet's official social media account, includes two songs -- "Butter," a summer number topping the Billboard Hot 100 chart for five straight weeks, and "Permission to Dance" -- along with their instrumental versions.

The new CD single will hit shelves next Friday.

The new Ed Sheeran-penned single will be a song that "moves the rhythm in people's hearts," said Big Hit Music, the K-pop band's management agency.

The English artist wrote the song, along with high-profile producers, including Steve Mac, Snow Patrol's Johnny McDaid and Jenna Andrews, according to the agency.

This marks the second project that Sheeran has collaborated with the seven-piece act, following "Make It Right" on the 2020 album "Map of the Soul: 7."

The hype has been running high for the new release after the British singer said during a U.S. radio interview last week that he wrote a song for BTS' new record. 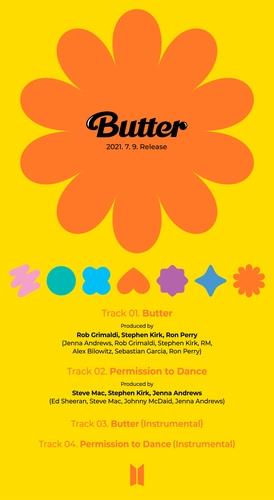 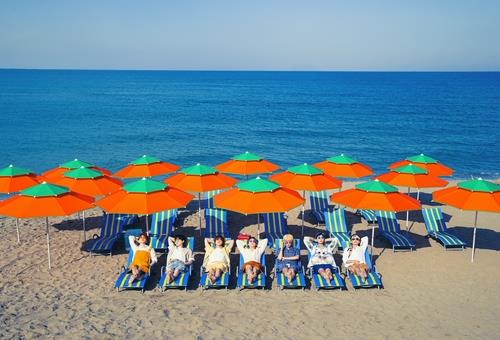