(ATTN: UPDATES with the ruling party's reaction in last 3 paras)

SEOUL, July 2 (Yonhap) -- The mother-in-law of former Prosecutor General Yoon Seok-youl, a leading presidential hopeful, was sentenced to three years in prison Friday, kicking off a political firestorm ahead of the 2022 election.

The local district court in Uijeongbu, 23 kilometers north of Seoul, convicted the 74-year-old, surnamed Choi, of collaborating with three business partners to establish a medical foundation and open a long-term care hospital for senior citizens in February 2013, despite having no medical qualifications. 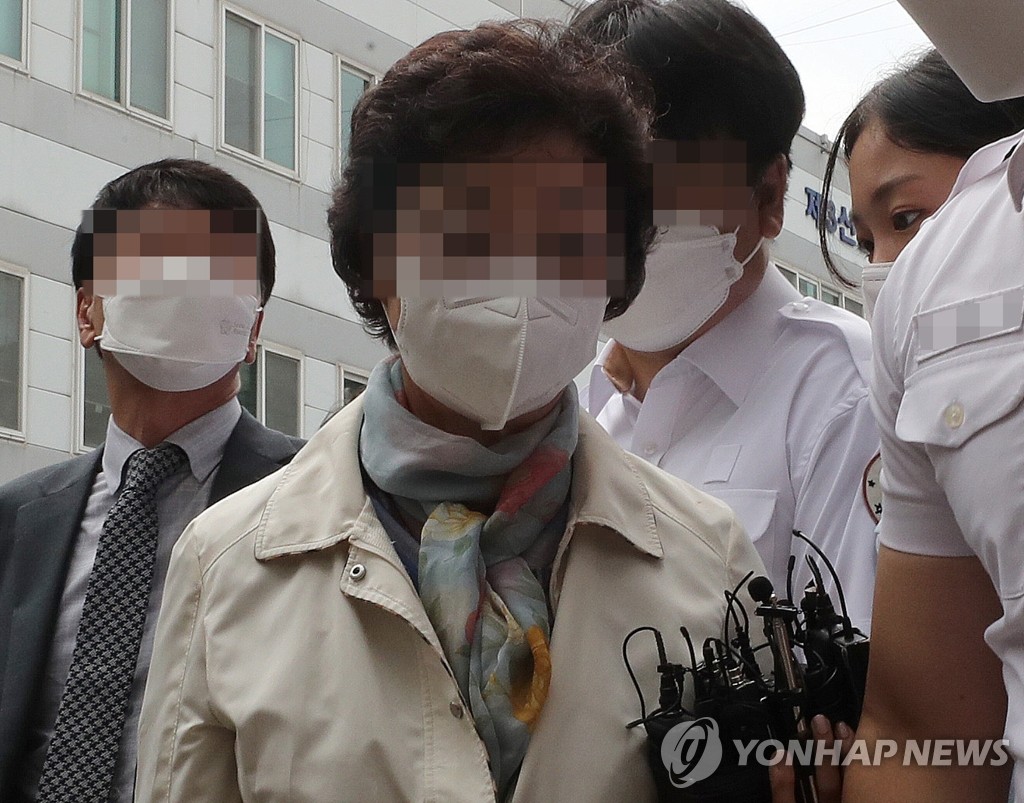 Choi was also convicted of fraud for accepting 2.29 billion won (US$2.02 million) in state benefits from the National Health Insurance Service until 2015 to run the hospital.

The defendant was immediately taken into custody.

"All of the charges are acknowledged," the court said. "(The defendant) has a heavy responsibility for harming the National Health Insurance Service's finances and thus harming the entire nation."

The ruling is in line with the prosecution's demand for a three-year prison term and comes only three days after Yoon announced his bid for the presidency.

In a statement released by his spokesman, Yoon said, "As I have stressed repeatedly, it is my conviction that no one is above the application of the law." 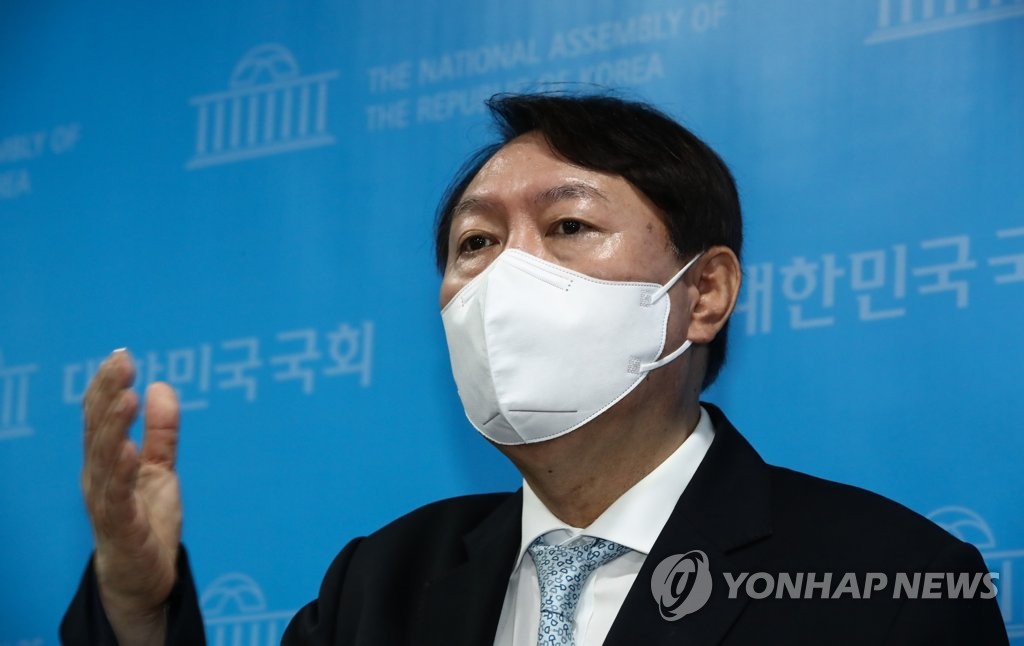 Choi had pleaded innocent, saying she had no part in opening the hospital and listed herself as a member of the foundation's board of directors to ensure she got back the money she gave on loan to one of the three partners.

Prosecutors dismissed the claim, saying she got a different son-in-law hired by the hospital and ran its operations, including by trying to get a bank loan to expand its facilities.

On Friday, her attorney, Son Gyeong-sik, expressed regret at the court's decision and vowed to immediately appeal.

"I have no idea how a (74-year-old) elderly person can pose a flight risk or a risk of destroying evidence," he told reporters outside the court.

Choi is also standing a separate trial on charges of fabricating a bank document in the process of buying land.

The ruling Democratic Party (DP) fiercely lambasted the leading opposition presidential candidate, saying the due outcome has been delivered.

"(Yoon) should deeply repent for his previous remarks that his mother-in-law hasn't taken a cent when in fact (she) inflicted damage to the people's property," DP Chairman Rep. Song Young-gil told reporters, following the ruling. "Candidate Yoon needs to come up with a responsible response."

Gyeonggi Gov. Lee Jae-myung, the front-running presidential candidate for the DP, also said, "I thought it was not right in terms of judicial justice that she was cleared (of charges) alone after conducting criminal business together," referring to the mother-in-law's previous acquittal. "Now I think everything fell back into place," Lee said.