SEOUL, July 2 (Yonhap) -- Gen. Park In-ho took office as the Air Force Chief of Staff on Friday and vowed utmost efforts to make an "upright and strong" military amid calls for revamping the military culture following the suicide of a noncommissioned officer who suffered sexual harassment.

Park succeeded Gen. Lee Seong-yong, who stepped down last month, taking responsibility over the death of the female master sergeant.

She was found dead on May 22, three months after she was groped and suffered other abuse by a colleague of the same rank. An extensive probe is under way into allegations that the Air Force officials tried to cover up the incident without giving proper support to the victim.

"I deeply apologize to the deceased and the bereaved family, and once again offer my condolences. I will fully cooperate with all ongoing investigations and will take stern measures in accordance with the results," Park said during his inauguration ceremony at the Air Force headquarters in the central city of Gyeryong. 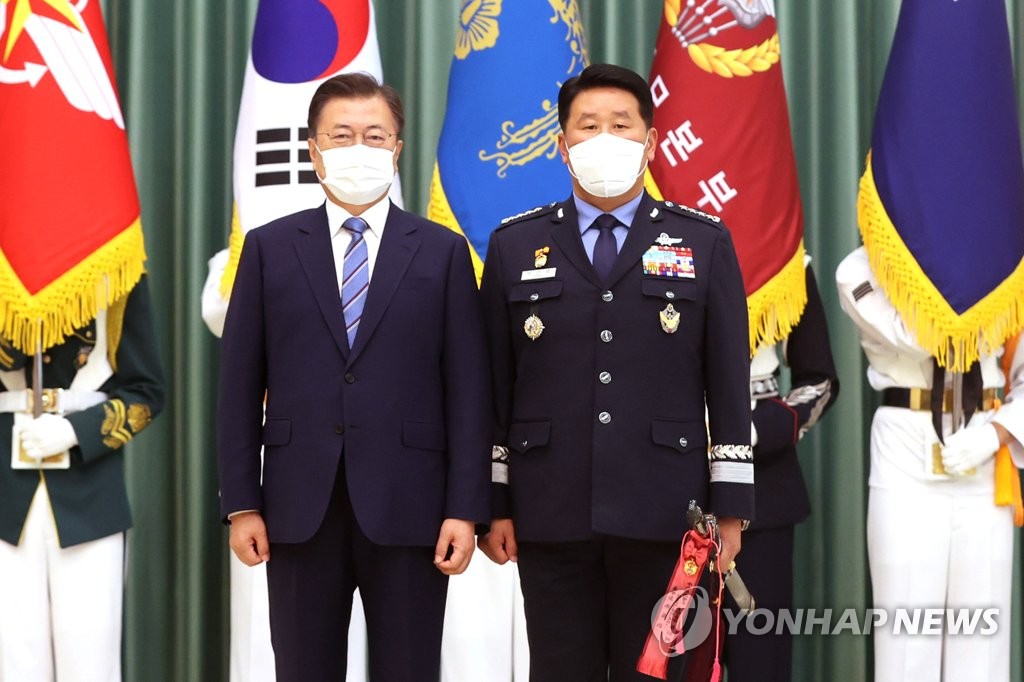 He called for deep self-reflection for fundamental changes, admitting that the Air Force is "now facing the biggest crisis since its establishment."

As ways to push for reform, the new commander vowed to establish a new entity under his direct control in charge of overhauling the barracks culture.

Park also pledged to reform the Air Force's investigative and judicial sectors, as many officers of the Air Force police, prosecution and legal affairs office are now under probe by the defense ministry for their mishandling of the case.

Earlier in the day, President Moon Jae-in also instructed Park to transform the Air Force into a true powerful force by renewing the atmosphere and reforming the culture, according to Cheong Wa Dae.

Speaking of combat capabilities, the new commander vowed to strengthen realistic education and training and actively push for advanced technology-based defense reform in order to maintain a tight readiness posture and to fully prepare for evolving future battlefields.

He also stressed his commitment to expanding the Air Force's capabilities for space operations.

"We have sufficient ability to overcome the crisis of the date," Park said. "Desperate efforts for overhaul and change today can make the upright and strong Air Force in the future." 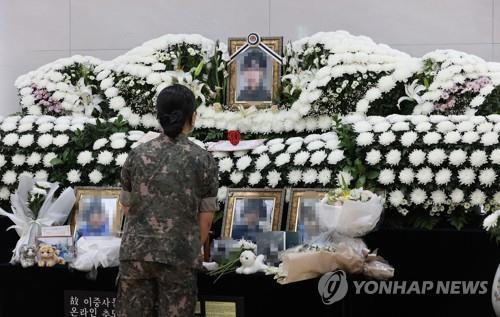 As the defense ministry continues an extensive probe into the sexual abuse case, military prosecutors on Friday indicted a battalion commander and a noncommissioned officer at the 20th Fighter Wing, where the victim was affiliated at the time of the incident, on charges of destruction of evidence, according to the defense ministry.

The commander, in particular, is also suspected of failing to separate the perpetrator from the victim after the case was first reported, the ministry said.

Meanwhile, the military prosecutors also launched a probe into an Air Force colonel for allegedly forcing a female subordinate to attend a private drinking session and abetting sexual harassment against her by one of his civilian friends, according to officials.

The case, which took place in 2019, was belatedly known to the media, as the victim reported the incident to the defense ministry last month when it ran a one-month campaign to receive reports of sexual abuse suffered by service members in the wake of the suicide death of the master sergeant.

Back then, the Air Force cleared the colonel of all the charges, citing lack of evidence.

"Upon the complaint by the female captain, the ministry's audit office had looked into the case since June 14. As we found the need for an official investigation, we requested the ministry's prosecution team to conduct a probe," the ministry said in a release.