SEOUL, July 2 (Yonhap) -- President Moon Jae-in on Friday called on the new Air Force chief to reform the military's barracks culture, amid an ongoing probe into the suicide death of a noncommissioned officer who suffered sexual harassment.

Moon held an appointment ceremony for Gen. Park In-ho, former chief of strategic planning at the Joint Chiefs of Staff, who took on the role of the new Air Force chief of staff on Friday, at Cheong Wa Dae.

Park replaced Gen. Lee Seong-yong, who stepped down last month to take responsibility over the death of the late female master sergeant, surnamed Lee. She was found dead on May 22, three months after she was allegedly groped and suffered other abuse by a colleague of the same rank.

Military investigators have been looking into allegations that the Air Force officials tried to cover up the incident without giving proper support to the victim.

"Through your inauguration, I hope that the military can transform into a true powerful force by overhauling its current state of morale and reforming its barracks culture," Moon told the new Air Force chief.

The president praised the Air Force's role in maintaining peace through its aviation combat and missile defense systems, while also highlighting its role in providing support to civilians in times of national crises.

"(The Air Force) will win more trust from the people if it improves its barracks culture," Moon added. He asked Park to lead the Air Force promote a culture of mutual respect between its members, including its top brass and average soldiers.

Park agreed that public trust in the Air Force has dwindled as of late and promised to reflect upon the organization's mistakes to improve its institutional system and culture so as to meet the people's standards. 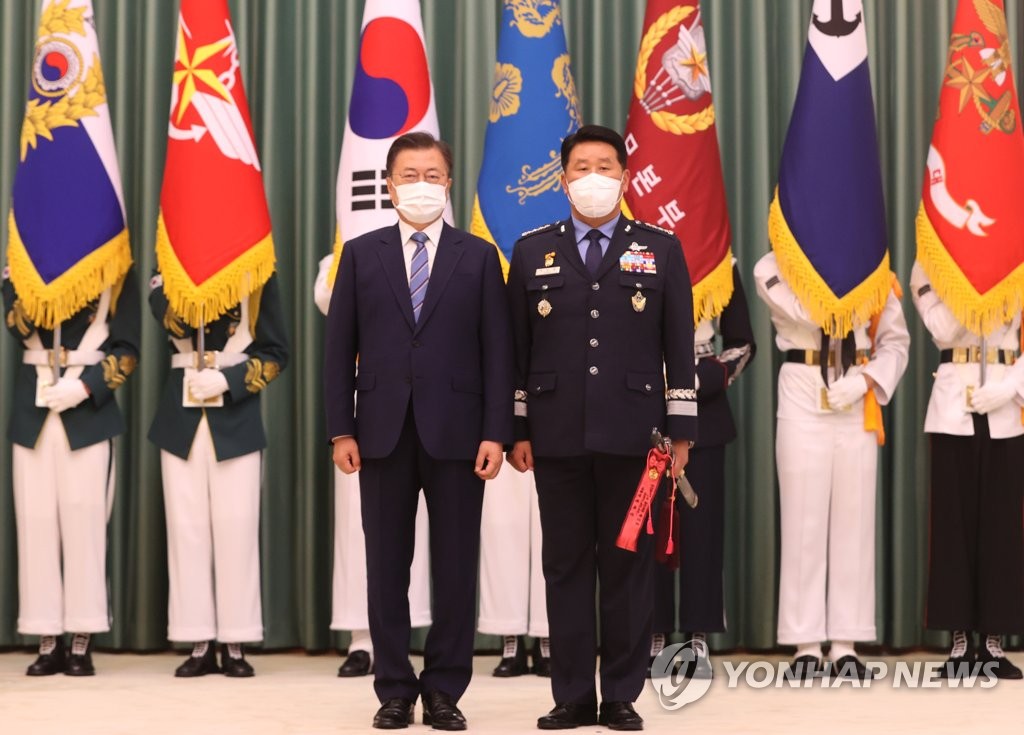