WASHINGTON, July 2 (Yonhap) -- The United States remains committed to the joint defense of South Korea and that includes maintaining an appropriate level of U.S. forces on the Korean Peninsula to deter threats, a Pentagon spokesman said Friday.

John Kirby noted the ongoing global force posture review will certainly look at the U.S. troop level in South Korea but that it too will consider whether the country has enough forces there. 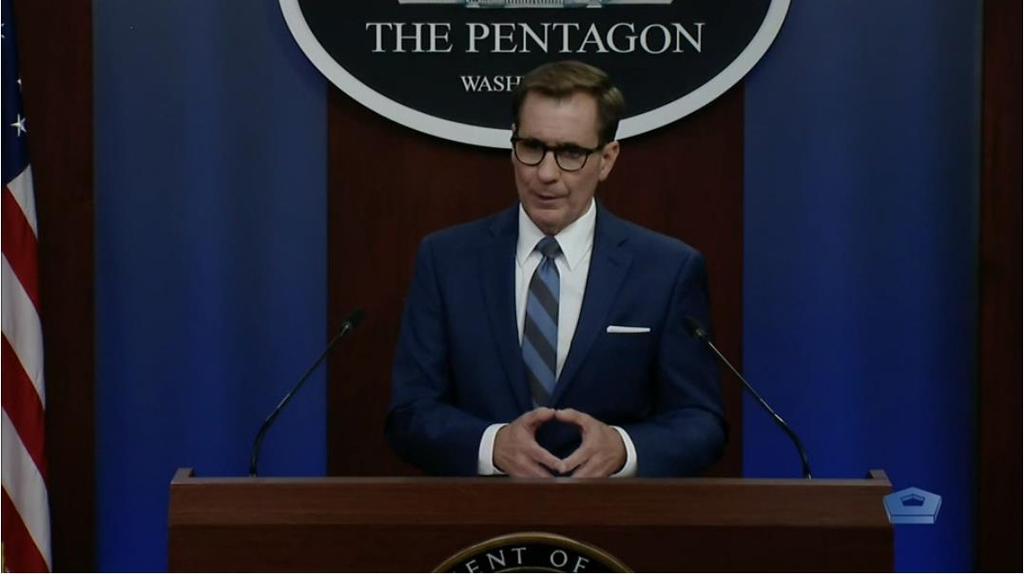 His remarks come after a bipartisan group of U.S. lawmakers submitted a bill seeking to prevent the use of defense budget for the upcoming fiscal year to reduce the number of U.S. forces in Korea to below 22,000.

While the bill seeks to limit the use of U.S. defense budget, it has prompted some concerns as it put the minimum number of U.S. troops at 22,000 while Washington currently has some 28,500 soldiers in Korea.

Those close to the issue have explained the set number excludes the number of regularly rotating forces, which is at about 6,000.

Kirby said the Defense Department will abide by any law that is enacted, but reiterated the U.S. will work to maintain an appropriate number of U.S. troops on the Korean Peninsula.

"When proposed legislation becomes law, we obey that law. Separate and distinct from that, our focus is on making sure we can meet our security requirements and commitments on the peninsula," he said.

"Our global force posture review will be a chance for us to take a look at resourcing on the peninsula and whether we have that right, given the threats, given the challenges and given the strategy that we want to pursue in the Indo-Pacific region," he added.