Around 8,000 members of the Korean Confederation of Trade Unions (KCTU) gathered in the Jongno district, ignoring the government's call to cancel the assembly feared to affect the fight against COVID-19. The country is struggling to contain a resurgence of coronavirus cases. 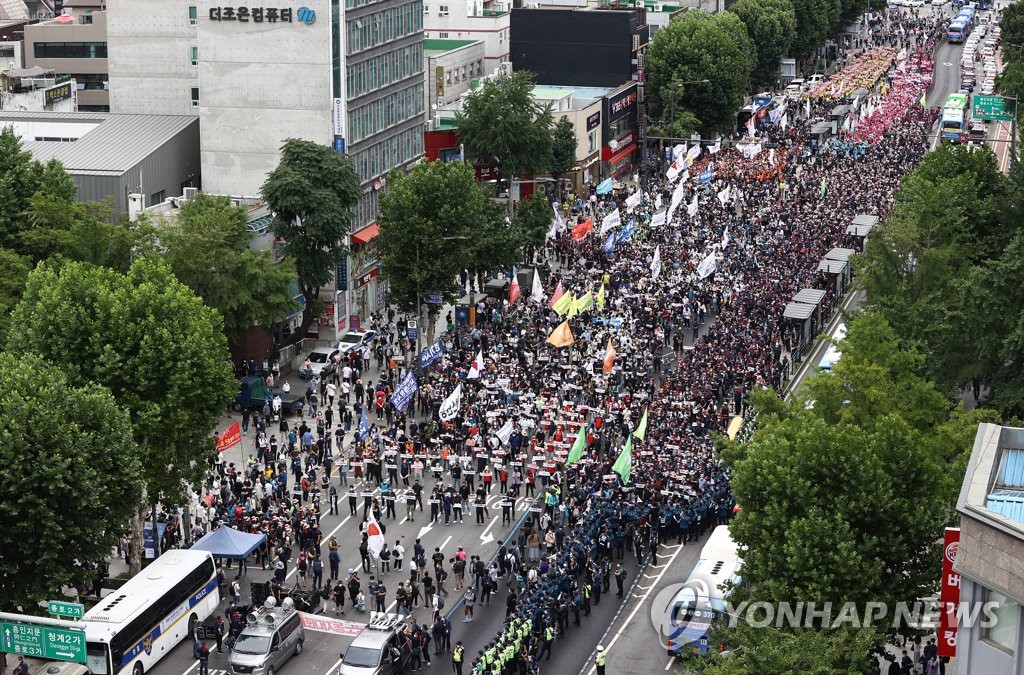 They had planned to hold it in the western Seoul area of Yeouido. But they changed the venue just ahead of the rally, as police blocked KCTU members' entry into Yeouido.

They marched down the Jongno street starting at around 2 p.m., demanding a revision to the labor act. They are calling for the abolition of non-regular employment, halts to job cuts, hikes in minimum wages and measures to prevent industrial accidents.

During the rally that lasted about two hours, Yang Kyung-soo, head of the KCTU, said, "We have gathered here to protect the lives and safe employment of workers."

He stressed the need to address the issues "with the labor power and fury" without tolerating inequality and polarization any more.

Most of the participants wore masks but they stayed close to one another during the march.

There were minor physical clashes between the protesters and the police. Authorities said they arrested one protestor for charging an officer.

On Friday, Prime Minister Kim Boo-kyum issued a statement urging the KCTU to cancel the rally, saying the nation's antivirus efforts are in a grave crisis. 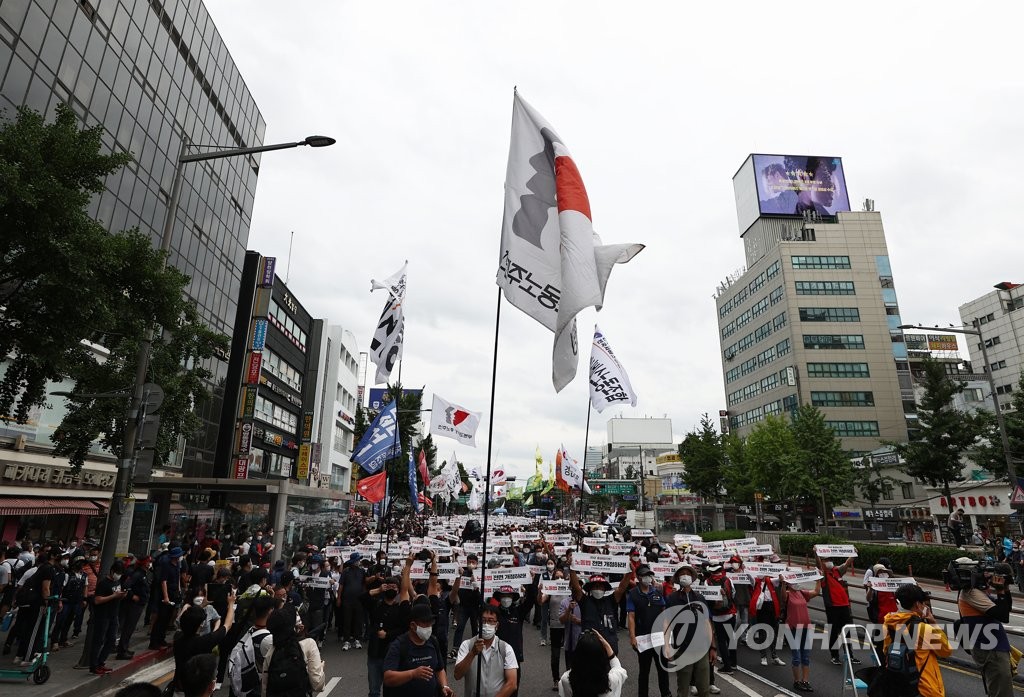