SEOUL, July 4 (Yonhap) -- South Korea's daily new virus cases stayed in the 700s for the second day Sunday, while authorities tighten their guard against a virus resurgence in the greater Seoul area.

The latest figure is down from 794 on Saturday and 826 on Friday, a nearly six-month high due to the sharp spike in new cases in the Seoul metropolitan area.

However, it marked this year's highest level for any Sunday, when new cases usually remain lower than weekdays due to fewer tests.

The country added one more death, raising the death toll to 2,026. 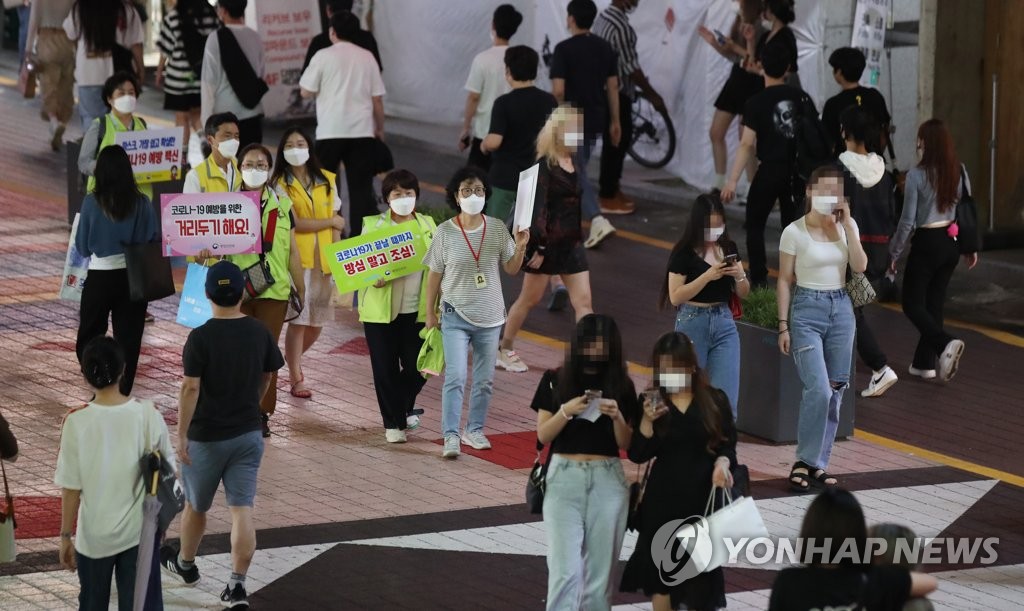 New cases spiked to close to levels unseen since January, when the nation was gripped by the third wave of the pandemic, with many cases from schools, private institutions, restaurants, indoor gyms and entertainment venues.

New cases in the greater Seoul area, home to half of the nation's 51 million population, have accounted for over 80 percent of the total over the past week, and nearly half of them were in their 20s and 30s, the KDCA said.

Health authorities said the nation's inoculation drive has sharply flattened the virus curve among the elderly population, but the proportion of younger patients has been on the rise as they are not yet eligible for vaccinations.

While those aged over 60 and essential workforce have been mostly receiving jabs, high school seniors and faculty members, as well as those aged between 55 and 59, will be eligible for vaccinations later this month.

Authorities express concerns over a further spike after the nation's major umbrella labor union pressed ahead with a massive street rally Saturday in central Seoul despite the government's warning of a stern response.

The Korean Confederation of Trade Unions said around 8,000 members participated in the rally.

The government has delayed adoption of eased distancing measures by one week till July 7 amid the recent virus resurgence, and authorities said they will closely monitor the latest situation before deciding whether to implement the relaxed virus curbs in the wider Seoul area.

Under the new rules, the ban on private gatherings of five or more people and the 10 p.m. curfew on restaurants had been expected to be lifted. 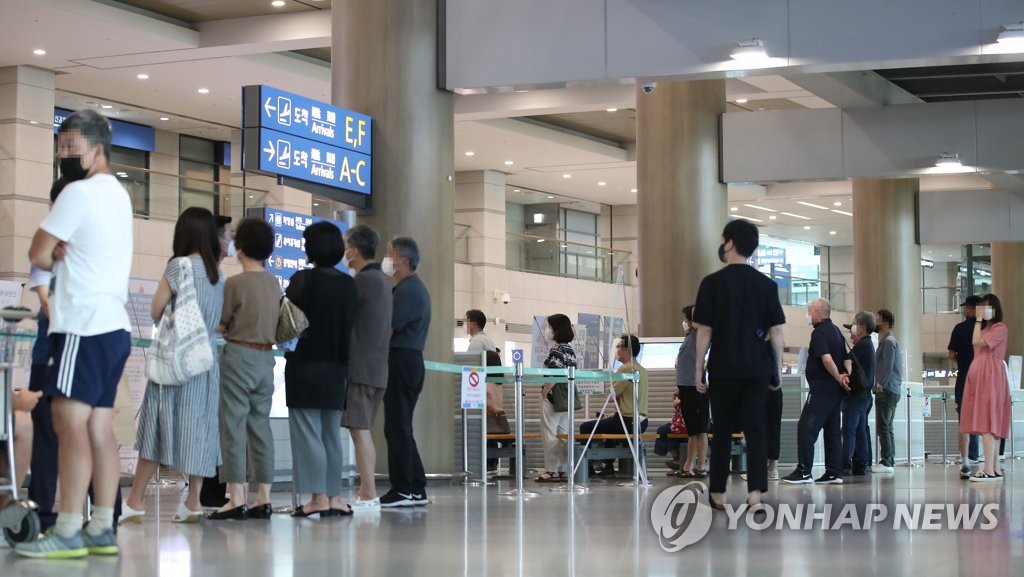 Of the newly confirmed domestic cases, 286 were from Seoul, 227 from the surrounding Gyeonggi Province and 28 from the western port city of Incheon.

There were 81 additional imported cases, with 75 of them from Asian nations excluding China.

The number of patients in serious or critical condition came to 143, down one from the previous day.

The total number of people released from quarantine after making full recoveries was 149,614, up 482 from a day earlier.

New cases over 700 for 2nd day; wider Seoul on alert over upsurge

New cases over 700 for 2nd day; wider Seoul on alert over upsurge