SEOUL, July 5 (Yonhap) -- Police said Monday they have summoned six people in connection with an illegal mass rally that took place in Seoul over the weekend.

An estimated 8,000 people took to the streets of Seoul's central Jongno Ward on Saturday to demand better working conditions and a higher minimum wage. 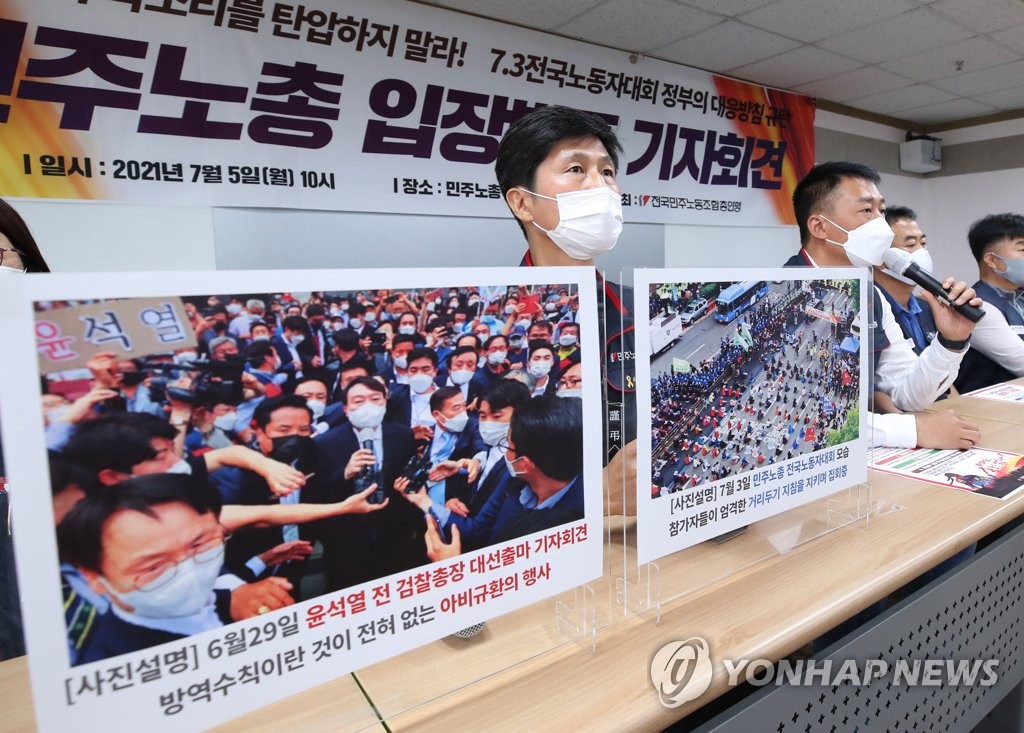 The rally was organized by the Korean Confederation of Trade Unions (KCTU), an umbrella labor union, and defied bans that had been placed by the Seoul metropolitan government and the police to stem the recent resurgence of COVID-19.

"We booked six people yesterday, including organizers of the rally, on suspicion of violating the laws on assembly and demonstration and the prevention of infectious diseases, as well as obstruction of traffic, and immediately asked them to make their first appearance," a Seoul Metropolitan Police Agency official said.

"(The six) are the most responsible for the illegal rally," the official added, declining to say whether any of them belong to the KCTU leadership.

Police are conducting an internal probe into 12 others in connection with the case. Separately, one person who was detained at the rally for assaulting a police officer was released after questioning Sunday.

The government vowed to take legal action against the KCTU.

"To be clear, it was illegal for the KCTU to hold the rally despite the ban," Sohn Young-rae, a senior health ministry official, told reporters. "At this, we express considerable regret. Going forward we will take corresponding legal action."

The Seoul metropolitan government has filed a criminal complaint with the police against the KCTU leadership and a number of rally participants.

The KCTU slammed the government for launching the investigation.

"(The police's) launch of a special investigation unit and (pledge of) a strict response after shutting their eyes, ears and mouths to the desperate pleas of workers is telling of the remainder of the (current administration's) term," a KCTU official said during a press conference held at the organization's headquarters.

"It's obvious that they are trying to isolate and kill the KCTU," he said.

KCTU officials said they share the government's concern about the spread of COVID-19 but disagree with its response.

They accused the government of discrimination, saying it has allowed sports events and concerts but not rallies even though they are all held outdoors.

"Where is the freedom of political thought and expression, which is the foundation of democracy, and the freedom of assembly that supports this?" they asked.

Using photo props to illustrate their point, the officials claimed the COVID-19 risk was greater when a large number of supporters gathered outside the venue where former Prosecutor General Yoon Seok-youl, a leading opposition presidential hopeful, announced his presidential bid last Tuesday.

The KCTU vowed to press ahead with a general strike in November. 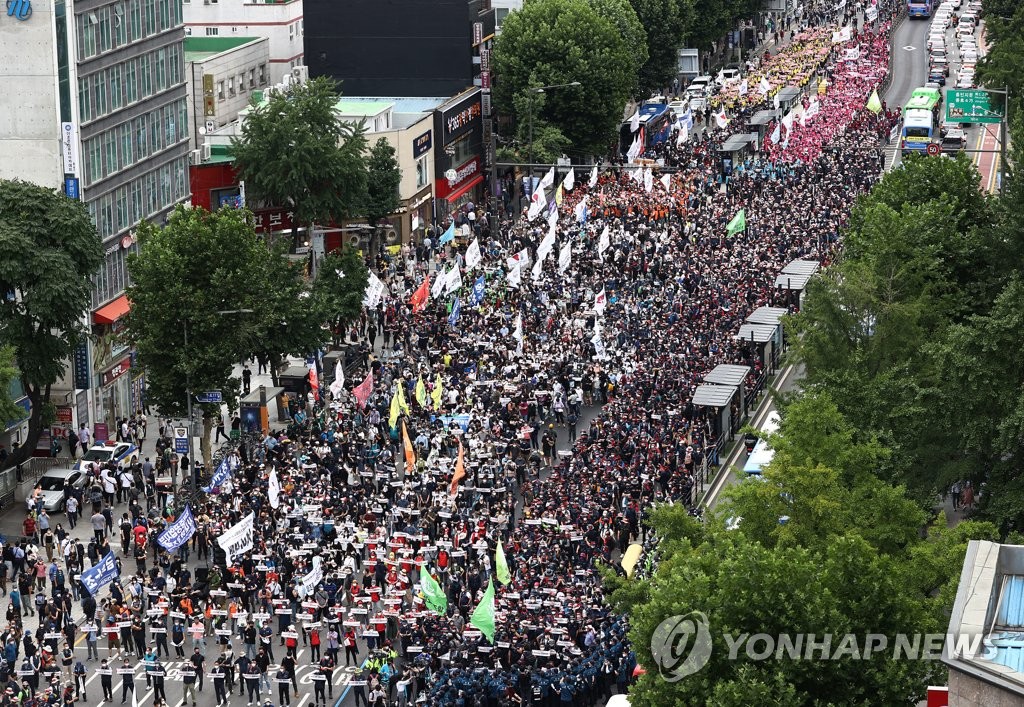