The navies of South Korea, the United States, Japan and Australia kicked off the Pacific Vanguard maritime exercise off Australia's east coast Monday, which is to continue through Saturday, according to the officials.

The Korean Navy dispatched the 4,400-ton Wang Geon destroyer, involving 200 crew members to engage in a range of drills, including an anti-submarine operation and a simulated battle, they added.

"We've taken part in the exercise since 2019 to boost the capabilities of combined operations and ensure interoperability," a Navy official said.

Some say the exercise is to better guard against China, but the Navy said it is "not meant to target specific nations." 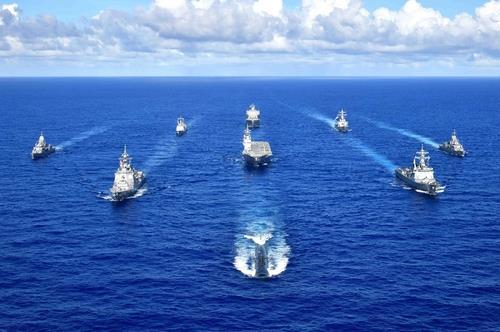