SEOUL, July 5 (Yonhap) -- New Air Force Chief of Staff Gen. Park In-ho met Monday with the bereaved family of a late noncommissioned officer who took her own life after suffering from sexual abuse, and promised to reform the barracks culture to prevent similar incidents from recurring.

Park took office on Friday to succeed Lee Seong-yong, who stepped down last month to take responsibility over the death of the master sergeant, surnamed Lee.

Lee was found dead in an apparent suicide on May 22, three months after she was groped and suffered other abuse by a colleague of the same rank.

Military investigators are looking into allegations Air Force officials tried to cover up the incident without giving proper support to the victim.

"I once again apologize for the Air Force's failure to protect MSgt. Lee," the general told Lee's parents at a military hospital in Seongnam, south of Seoul, where the body of the victim is laid.

"We will reform the barracks culture and come up with complementary measures to prevent similar cases," he said, vowing efforts to overhaul the Air Force.

During the meeting, Lee's parents demanded counseling records of their daughter to check what measures the Air Force carried out after she first reported the incident to her unit, according to their lawyer, Kim Jeong-hwan. 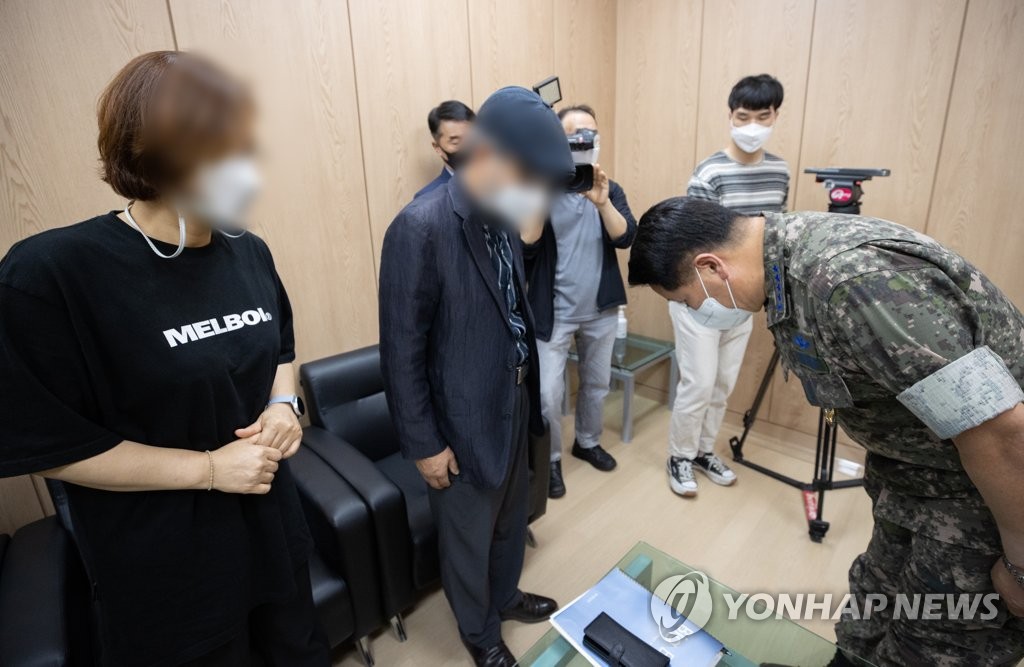