SEOUL, July 5 (Yonhap) -- With a 36-year-old leader in charge, the main opposition People Power Party (PPP) selected a pair of 27-year-olds as its new co-spokespeople.

The party will continue to serve the youth, with Lim Seung-ho and Yang Jun-woo having finished first and second in the final round of the open audition for the PPP spokespeople positions.

Lim is a former deputy youth spokesman for the central-right Bareun Party. Yang was previously unemployed and, in his own words, "was playing video games at home and taking out trash until a few days ago." 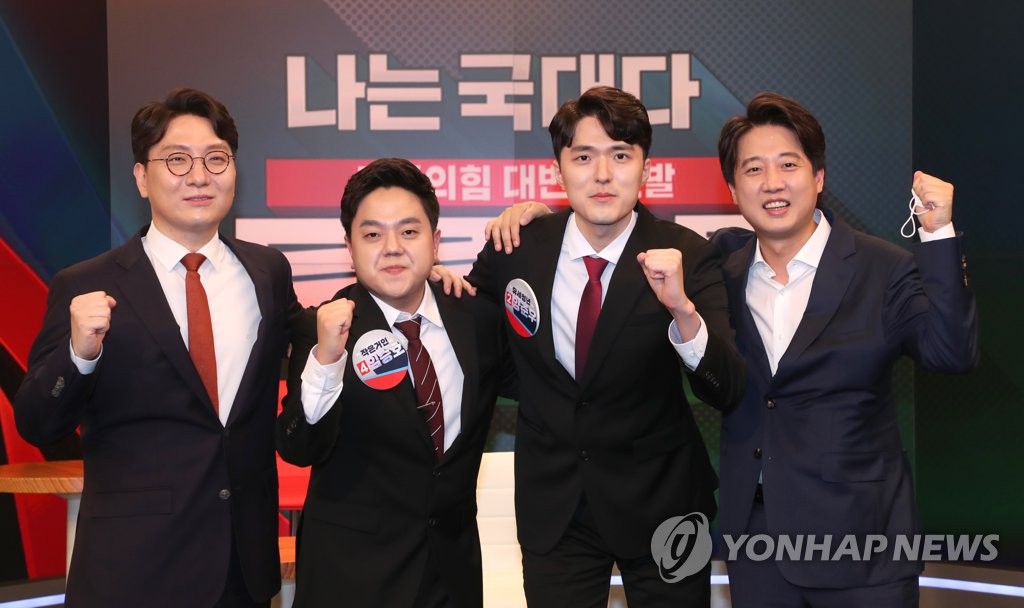 "It's up to us spokespeople how Chairman Lee Jun-seok's political experiments are evaluated," Lim said after winning the contest.

Kim Yeon-joo, a 55-year-old former TV announcer, and Shin In-kyu, a 35-year-old attorney, placed third and fourth. They will be deputy spokespeople over the next six months.

Over the next two days, they will undergo two days of training on finer points of representing their party. It will include a lecture by former PPP spokesperson Kim Eun-hye on the role of a party spokesperson and on communication with the media.
(END)