SEOUL, July 6 (Yonhap) -- South Korea's ICT ministry said Tuesday the country reported 78 ransomware attacks in the first half of the year in the latest sign of growing cyberattacks.

Ransomware is a type of malware that holds a target's data hostage or locks up its systems until a ransom is paid.

It is not immediately clear whether the targeted companies paid ransoms to hackers in return for restoring access to their data.

In May, a local food delivery company, Super Hero, was targeted, which paralyzed its 15,000 delivery workers for hours nationwide. U.S. software company Kaseya was also targeted in an attack recently, impacting some of its customers globally. 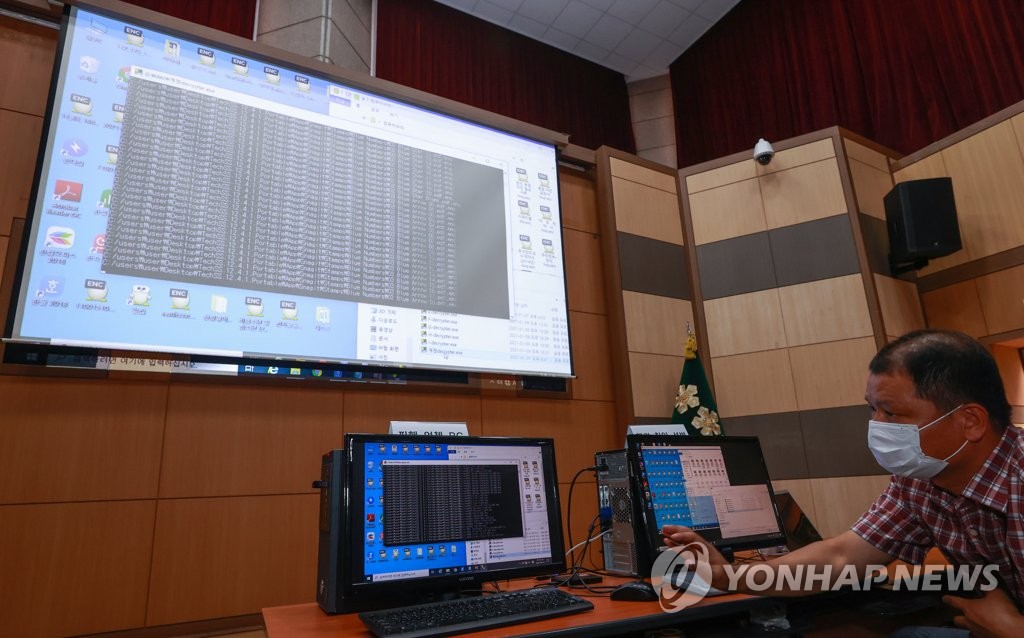 To respond to growing cybersecurity threats, the ICT ministry said it has conducted a two-week cybersecurity exercise on 230 companies in May.

The number of participants marks a sharp rise from last year when only 83 companies took part.

The exercises found that large companies were able to detect a distributed denial-of-service attack -- when hackers flood a target's system with traffic to become inoperable for legitimate users -- in three minutes on average and make response measures in 19 minutes.

Smaller companies were able to detect the attack in nine minutes and respond in 22 minutes.

The exercises also found 114 security vulnerabilities on websites of 30 companies.

The ministry said it would conduct special ransomware exercises in October to help companies better respond to the increasing type of cyberattack.