SEOUL, July 6 (Yonhap) -- South Korea's top economic policymaker said Tuesday the country will step up efforts to curb the growth of its national debt in a bid to improve the fiscal soundness.

South Korea on Wednesday launched its annual consultation meetings with Fitch over the country's economic situations and its growth outlook. The meetings will be run until Thursday.

Hong said South Korea's fiscal health remains relatively sound despite the COVID-19 pandemic, but the country will "preemptively" make efforts to curb the growth of its sovereign debt, according to the finance ministry. 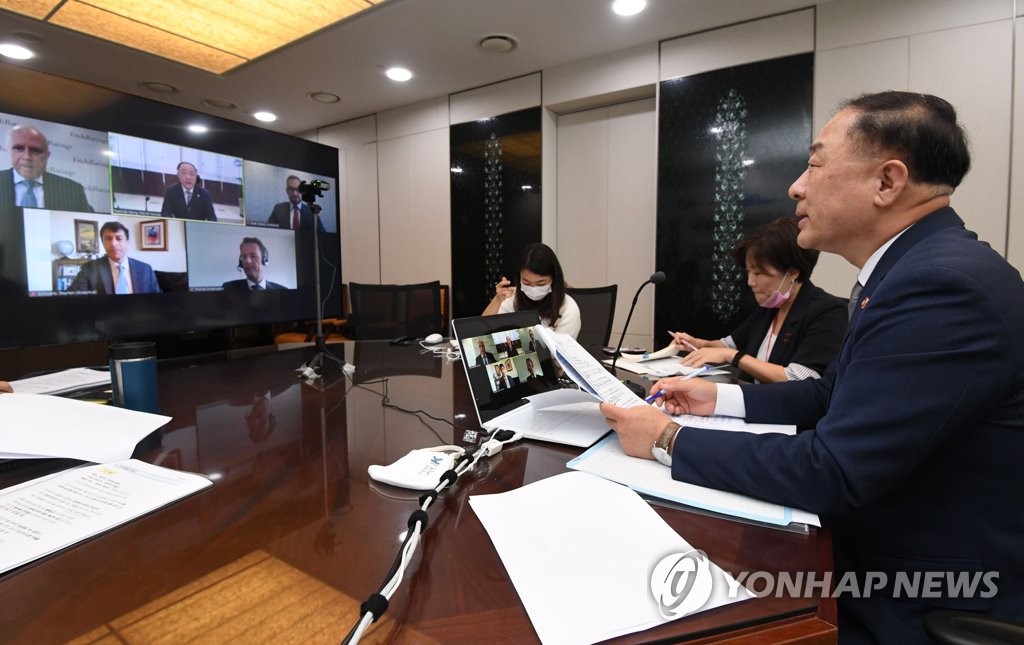 The government said last week it will spend 2 trillion won (US$1.8 billion) repaying part of its national debt with excess tax revenue. Without a debt sale, the ministry proposed an extra budget of 33 trillion won to fund another round of emergency relief funds.

With the debt repayment, the national debt is expected to reach 963.9 trillion won this year, down from the 965.9 trillion-won estimate made in March.

Hong also said there is a slim possibility for the country to impose additional restrictions on business operations despite the delay in the implementation of a new relaxed social distancing scheme.

The country on Wednesday held off the application of four-tier distancing rules in the greater Seoul area for one week amid spiking virus cases and the fast spread of the more contagious delta COVID-19 variant.

Fitch is expected to announce its decision on South Korea's sovereign ratings within one or two months after it wraps up the annual meeting with the country.

Fitch has maintained its credit rating on Asia's fourth-largest economy at "AA-," the fourth-highest level on the company's table, since 2012, with a stable rating outlook.