The call between Kim and China's Liu Xiaoming apparently marks the first of its kind since Kim was named the special envoy in May.

"I can confirm that a call took place," a department spokesperson told Yonhap News Agency without elaborating. 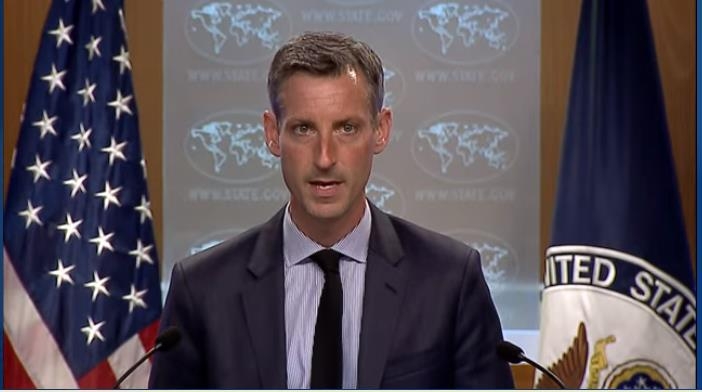 "The DPRK's nuclear weapons and ballistic missile programs, these are not challenges that we can take on alone," he said at a press briefing, adding the problems require the U.S. to work with its allies but also China.

"China ... has a role to play as well, and obviously has influence with the regime, with the DPRK regime," he said. ""But I wouldn't want to further characterize the call today."

Liu emphasized the need to resolve the issue diplomatically, according to an earlier report.

"Liu was quoted by the Chinese Foreign Ministry as telling Kim that the problems should be solved in a 'phased and synchronized' fashion, suggesting Beijing would allow Pyongyang to get rid of its nuclear weapons step by step while gaining concessions," said the report by Japan's Kyodo News.

Kim's call with Liu comes after he sought to reach out to the North during his recent trip to South Korea that the U.S. is willing to meet with the North "anytime, anywhere without preconditions."

Kim's outreach marked the latest U.S. overture to Pyongyang, which has remained unresponsive to two previous U.S. attempts to engage.

Price reiterated that his country is still waiting for the North to respond positively.

"We've made very clear to the DPRK that we are ready to engage in good faith, constructive diplomacy. We have extended messages, and we are awaiting a constructive reply," he said.