WASHINGTON, July 6 (Yonhap) -- The United States and South Korea are always looking for new capabilities that can help better defend their alliance and the Korean Peninsula, a Pentagon spokesman said Tuesday.

The remarks from John Kirby follow an earlier report that South Korea may be ready to launch a new submarine with sea launched ballistic missiles (SLBM).

"We take our security commitments to the alliance very, very seriously, and we're always looking at ways to improve and sharpen our interoperability, and the capabilities that the alliance can put into the field and into the fleet to defend the security of the Korean Peninsula," the spokesman said at a press briefing.

He, however, refused to offer any direct comments, saying it would not be appropriate for the U.S. to do so.

"I think this is more appropriate for our South Korean allies to speak to their individual military capabilities, not for us to," said Kirby. 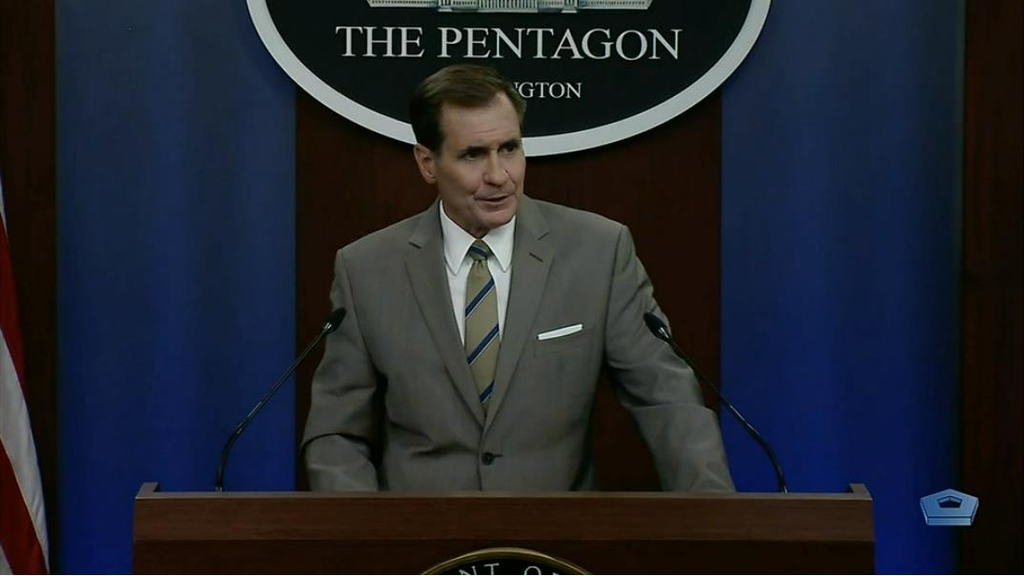 The spokesman also said the U.S. would welcome other countries to join its allies and partners in joint military exercises that he said would help enhance their joint capabilities, as well as interoperability.

"We routinely exercise our capabilities across joint and combined units all the time to improve our capability, as well as improve interoperability with our allies and partners," he said.

The spokesman said the joint military drills are not aimed at any one country.

"No one should take away from these exercises that they are pointed in a one specific potential adversary or even any one specific threat," he said.

South Korea and the United States are currently holding a joint naval exercise, known as the Pacific Vanguard, that also involves naval forces from Australia and Japan.

"We certainly welcome multinational partners to join in these exercises. It's obviously a sovereign decision that each country has to make for itself," said Kirby.