SEJONG, July 8 (Yonhap) -- South Korea said Thursday it will increase investment to develop the next-generation battery technology, expand its manufacturing base and secure supply chains as it seeks to foster the rechargeable battery industry as the next growth driver.

The Ministry of Trade, Industry and Energy unveiled the so-called K-battery blueprint to solidify the nation's battery leadership as major economies are racing to develop their own supply chains to benefit from the fast-growing electric vehicle market.

South Korea accounted for 44.1 percent of the global rechargeable battery market last year ahead of China and Japan, led by small batteries for IT devices and medium-sized and large batteries for EVs, according to the ministry.

While the nation's battery trio -- LG Energy Solution Ltd., Samsung SDI Co. and SK Innovation Co. -- accounted for a third of the global EV battery market in 2020, calls for broader support have risen to better compete with Chinese rivals that have expanded their presence on their home turf, the world's top EV market.

"The global competition for rechargeable batteries has just begun in earnest as the U.S., Europe and China are stepping up efforts to secure the manufacturing base, battery technology and supply chains to target the rapidly growing market," the ministry said in a release. "The government has come up with the comprehensive battery policy to make concerted efforts with the private sector as the global battery race will face a critical juncture in the next five years." 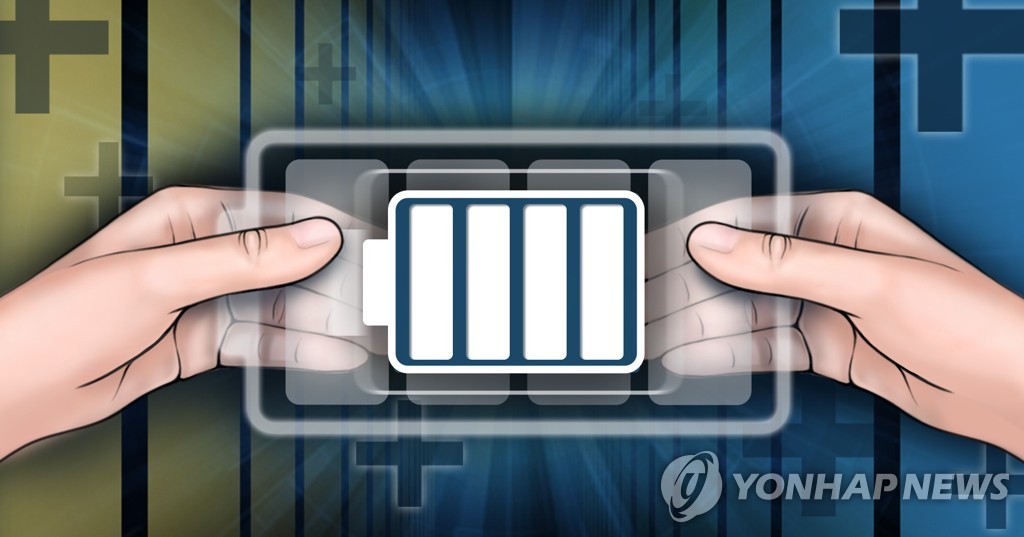 Under the battery road map, the nation's battery makers and related firms will receive up to a 50 percent tax discount for R&D spending and 20 percent of tax cuts on facility investment.

The ministry said it aims to nearly triple battery exports from $7.5 billion in 2020 to $20 billion by 2030, as the nation's three battery makers have vowed to invest a combined 40 trillion won (US$35.3 billion) over the next decade.

While lithium-ion batteries currently dominate the EV battery market, the ministry said it will collaborate with the battery manufacturers and related agencies to develop next-generation batteries with enhanced energy efficiency, longer range and safety.

For example, the country will seek the commercialization of the solid-state battery, which is considered a safer and more energy-efficient option for EVs, by 2027.

South Korea also plans to develop a lithium–sulfur battery, which is more competitive in terms of weight, for drones and aircraft by 2025.

The government also vowed to cooperate with the private sector to enhance lithium-ion batteries' capacity and safety via R&D projects aimed at improving the chemistry mix and cell structure.

The ministry said it will build "the next-generation battery park" by 2026 to facilitate local firms' research and test efforts, and create an 80 billion-won fund jointly with the three battery makers to support R&D projects.

It also plans to step up efforts to help local companies secure key resources for battery materials and explore ways to reuse materials from spent batteries to cope with possible global shortages of raw materials.

The latest announcement comes in line with South Korea's efforts to brace for the post-pandemic global economic recovery with development plans for key industries.

In May, South Korea promised to provide massive tax incentives and state subsidies to chipmakers to encourage them to spend a combined 510 trillion won by 2030, in line with its vision to become a global powerhouse in both memory and non-memory chips.