The Korea Baseball Organization (KBO) announced Wednesday the training schedule for the national team ahead of the Tokyo Olympics. The KBO's pro league will go on an Olympic break from July 19 to Aug. 9, and the Olympic team, comprised entirely of KBO stars, will gather at a Seoul hotel on July 19.

The first practice will be July 20 at Gocheok Sky Dome in western Seoul. On that same day, manager Kim Kyung-moon and players will hold a press conference. 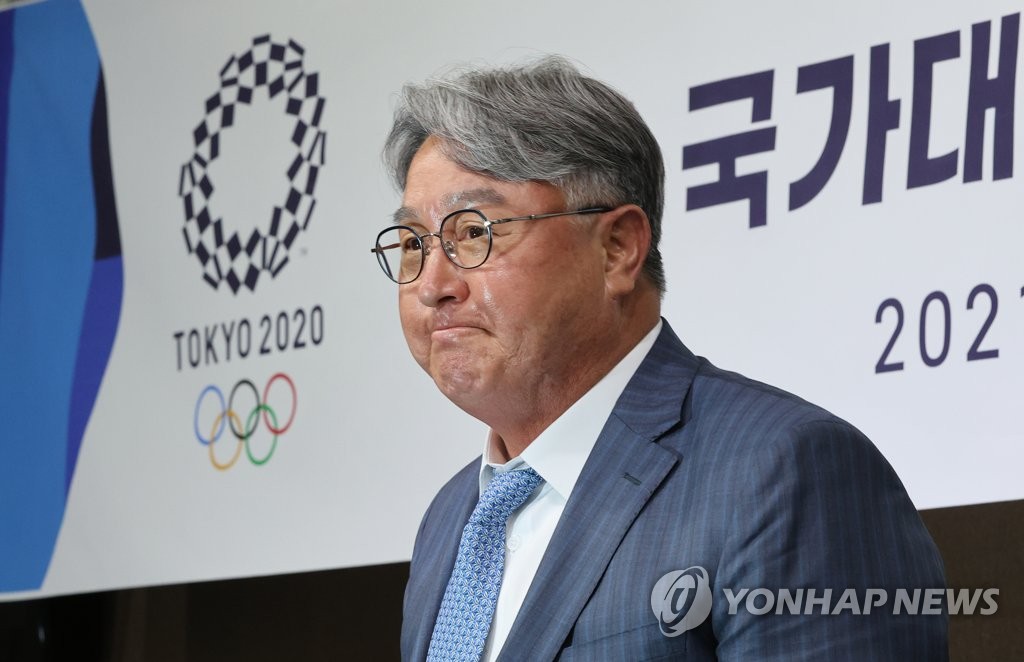 On July 23, the national team will take on a team of under-24 KBO All-Stars in the first of its two tuneup games. Two days later, it will play the KBO club Kiwoom Heroes.

Later Wednesday, the KBO announced the 24-man roster for the U-24 team, dubbed "Rising Stars." It includes four rookies, including a pair of 19-year-olds for the Lotte Giants, Kim Jin-uk and Na Seung-yeup.

The U-24 team also has a couple of notable snubs for the Olympic roster: Hanwha Eagles reliever Kang Jae-min, who boasts a 1.09 ERA in 41 1/3 innings and once worked on 17 scoreless outings covering 24 2/3 innings, and Kang's teammate Jung Eun-won, who leads all second basemen with a .437 on-base percentage, an .877 on-base plus slugging percentage and a 3.28 wins above replacement.

The Olympic squad is scheduled to depart for Japan on July 26.

The knockout phase will go on from Aug. 1-4 and will have a double-elimination format.

Losing teams will meet in the losers' bracket, which provides countries a new chance to stay alive and keep advancing.

The bronze medal and gold medal games are set for Aug. 7, the eve of the closing ceremony.

South Korea won the baseball gold medal in 2008, when the sport was last contested at a Summer Olympics. It will return to the competition in the baseball-crazed Japan. 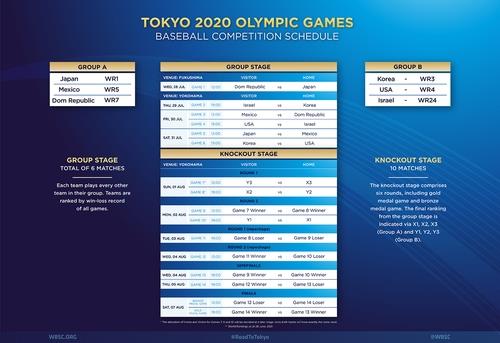 Israel will be led by four-time All-Star Ian Kinsler.