He called for the establishment of more temporary testing centers in areas with many residents or visitors and swift mobilization of military personnel, police officers and civil servants to that end, according to Cheong Wa Dae spokesperson Park Kyung-mee.

The president ordered "preemptive" steps to expand testing on people related to high-risk facilities frequented by those in their 20s and 30s, and expand anonymous testing to raise participation rates. 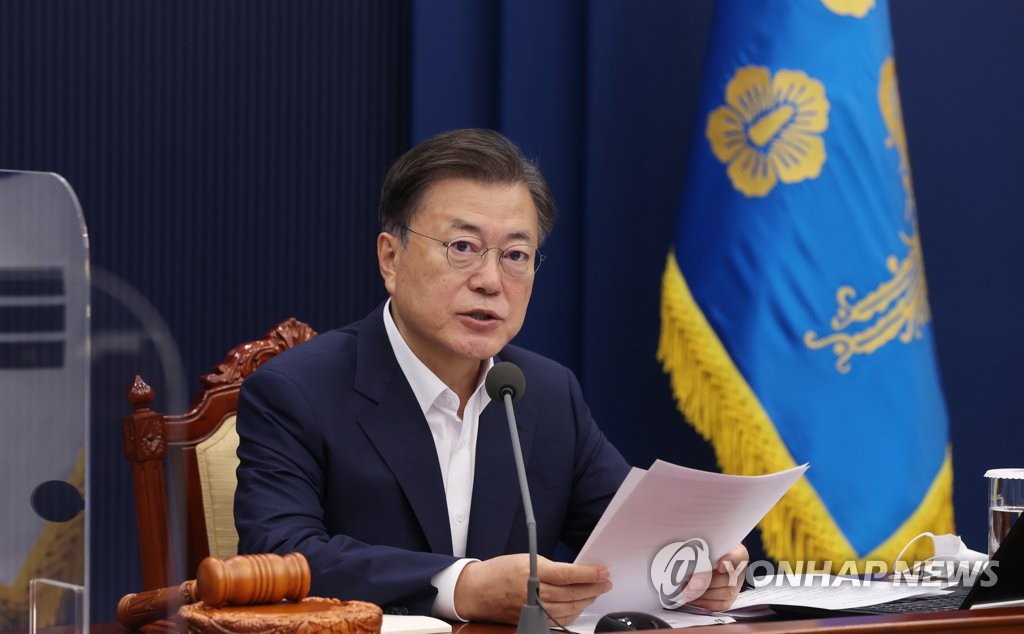 The country is struggling to fight against a burgeoning fourth wave of the pandemic, with the highly contagious delta variant spreading fast, especially in the Seoul metropolitan area.

Moon requested that the local governments of Seoul, Gyeonggi Province and Incheon push for necessary measures in consultation with the health authorities.