SEOUL, July 7 (Yonhap) -- Choe Jae-hyeong, former head of the Board of Audit and Inspection (BAI), on Wednesday officially expressed his intent to enter politics.

The former BAI chairman told Yonhap News Agency that he "has determined to participate in politics" but added that he will need more time to streamline his future plans, possibly including whether to run in next year's presidential race.

He told reporters that he thought that it is "inappropriate" to carry on his duty amid "plenty of disputes" over his position.

Local media regard Choe as a potential alternative presidential candidate to former Prosecutor General Yoon Seok-youl for the opposition camp in the case that Yoon drops out of the race.

The former judge has been at odds with Cheong Wa Dae since the BAI's controversial audit last year on the Moon administration's decision to close the Wolsong-1 reactor at an early date. 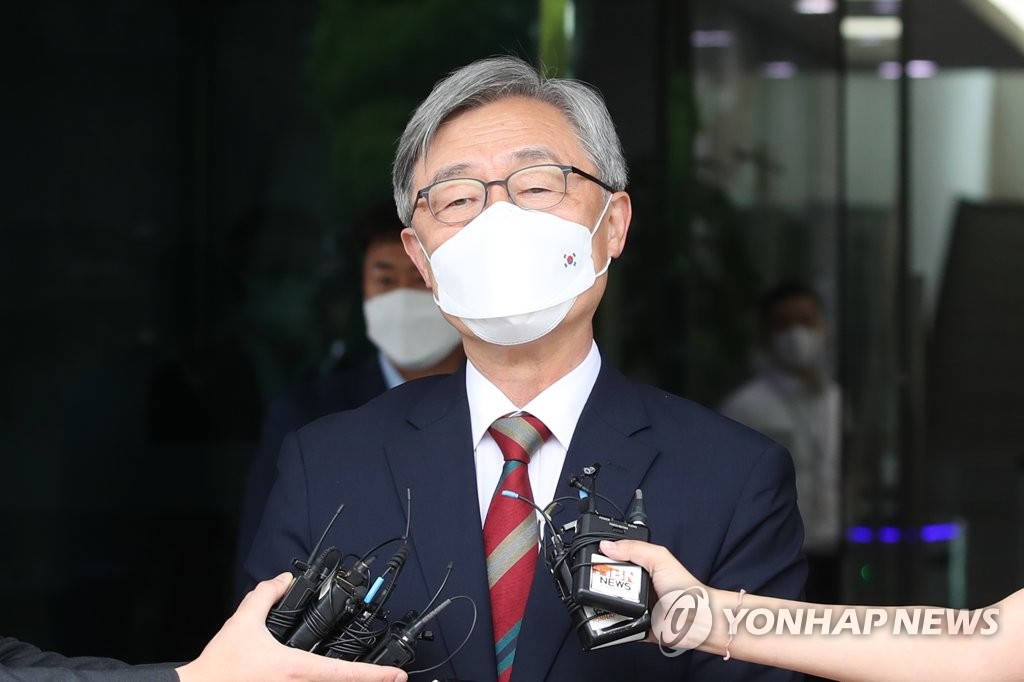