SEOUL, July 7 (Yonhap) -- South Korea on Wednesday unveiled a plan to build a museum dedicated to artworks donated by late Samsung Chairman Lee Kun-hee in the country's capital after months of deliberation on its location.

Under the plan announced during a news conference here, Culture Minister Hwang Hee said the government will consider two sites in central Seoul -- in Jongno and Yongsan wards -- as candidates to build the coveted museum.

The announcement comes after Lee's family and the culture ministry in late April announced the donation of around 23,000 art pieces, including masterpieces by Korean and Western artists, such as Kim Whan-ki, Claude Monet and Salvador Dali. Lee died in October.

Apart from the corporate empire he built, the late entrepreneur was an art enthusiast whose collection could easily match that of a top-tier museum. The senior Lee, considered to have owned the biggest collection of South Korea's national treasures among individuals, was especially fond of antique artworks. 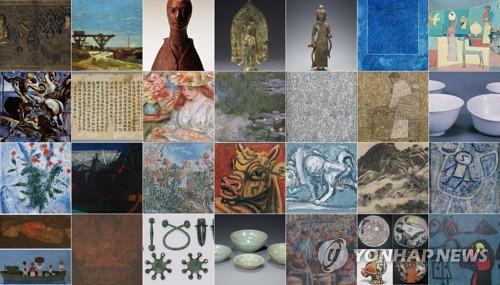 Some 30 municipal governments across the country -- ranging from the country's second-largest city Busan to Lee's birthplace Daegu -- had been aiming to attract the museum that will house the vast collection estimated at trillions of won.

Hwang said a seven-member committee of art experts who are tasked with handling the donation picked the two candidate sites in Seoul in hope that the public would be able to access them easily.

"We discussed the agenda with open doors but put the public's right to enjoy culture at the center," he said in the news conference held at a government complex building in central Seoul.

"(The decision) seemed to be the most optimal in that more people can enjoy them and that they can also lead to other areas, like tourism and business."

Hwang added that the decision to bring together the vast collection that encompasses artworks from various eras also reflects the "donator's philosophy."

On views that municipal governments that had been racing for the bid may oppose the plan, the minister said that authorities will discuss ways to hold exhibitions of the collection in provincial cities and that national interest was prioritized over each provincial government's will. 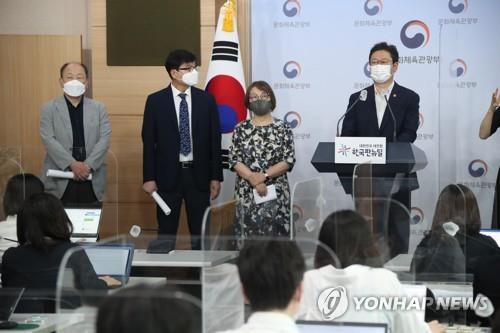 Kim Yong-na, an art historian who leads the committee, supported the view.

"I think a museum should be at the city center, in a location where people can easily visit," she said. "In that sense, I think the Jongno site is a bit better, but both are very good locations."

"They are artworks in various fields, and the experience of the two institutions is necessary to preserve, manage and exhibit them. There is also the possibility of having to collaborate with other agencies, like the National Library of Korea, which means having the museum in Seoul will be smooth in many ways." 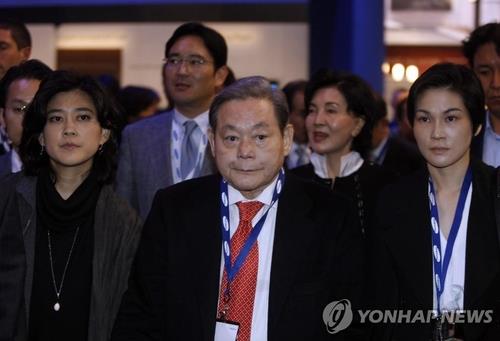 While the government did not specify the schedule of the museum construction, officials said it is likely to take at least six to seven years for the completion.

It is expected to take roughly two years to register the donations and three more years to conduct primary research on the artworks, according to Min Byoung-chan, director-general at the National Museum of Korea.

"We expect the completion to take place in 2027 or 2028 but this is just an estimate," Min said during the news conference.

Hwang said the decision to pick one of the two sites will likely be made before the end of the year.

Apart from the preliminary research on building the museum, the government is set to showcase some of the artworks at upcoming exhibitions this year. 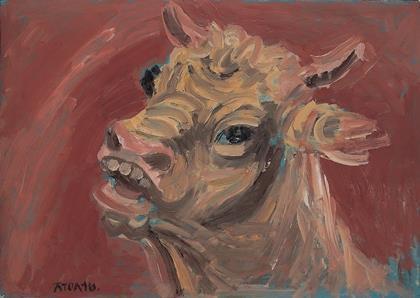