The unit of South Korean steel giant POSCO said it will start to invest around 600 billion won (US$525 million) from 2022 to build the plant with an annual capacity of 60,000 tons in the southeastern port of Pohang.

The company, however, did not say when ground will be broken and the new plant will be completed.

The envisioned plant will raise its total production capacity to 160,000 tons per year, which will be enough to supply 1.8 million EVs with 60kwh battery packs, it added.

POSCO Chemical currently operates cathode materials plants in the southeastern industrial city of Gumi and in the southern port of Gwangyang.

The company said it will make bold investments in the United States, Europe and China to have overseas plants with a combined annual capacity of 110,000 tons.

POSCO Chemical has been active in investment in chemicals for rechargeable batteries amid surging demand as global automakers scramble to go electric and eco-friendly due to tighter environmental regulations.

POSCO Group has been pushing to boost its EV business in recent years as part of a diversification strategy.

In May, POSCO, the world's fifth-largest steelmaker by output, broke ground for a plant in Gwangyang to extract lithium hydroxide, a key material for EV batteries. 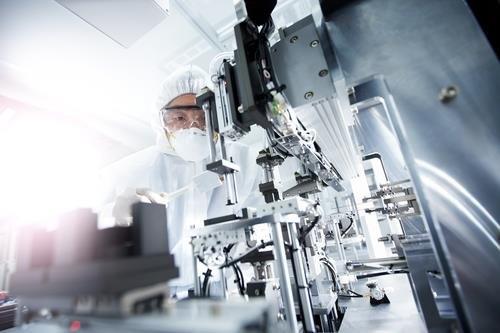