SEOUL, July 8 (Yonhap) -- Twenty-four more newly enlisted soldiers have tested positive for the new coronavirus, bringing the total of recent infections at an Army boot camp to 77, the defense ministry said Thursday, as South Korea braces for another wave of infections.

The conscripts at the Korea Army Training Center in the central city of Nonsan were confirmed to have contracted COVID-19 as of 6 p.m., after 53 others were found to be infected the previous day, according to the ministry.

Following the mass infection, the Army conducted COVID-19 tests on 4,200 members of the boot camp, and found the new cases, the ministry said.

"We are trying to confirm the source and route of the infections," ministry spokesman Boo Seung-chan said during a regular press briefing.

Starting Monday, people who receive notices of enlistment will be able to get their COVID-19 vaccines before joining the military, officials said.

Separately, a Marine officer based in the southeastern port city of Pohang, an Army officer in Danyang, 190 kilometers south of Seoul, and another newly enlisted soldier in Pocheon, 46 km north of the capital, were also found to be infected with the virus.

The latest cases raised the total number of infections reported among the military population to 1,100.

As of Wednesday, 238,043 troops in their 20s, or 60 percent of the age group, have received their second doses of Pfizer's coronavirus vaccine, the ministry said. 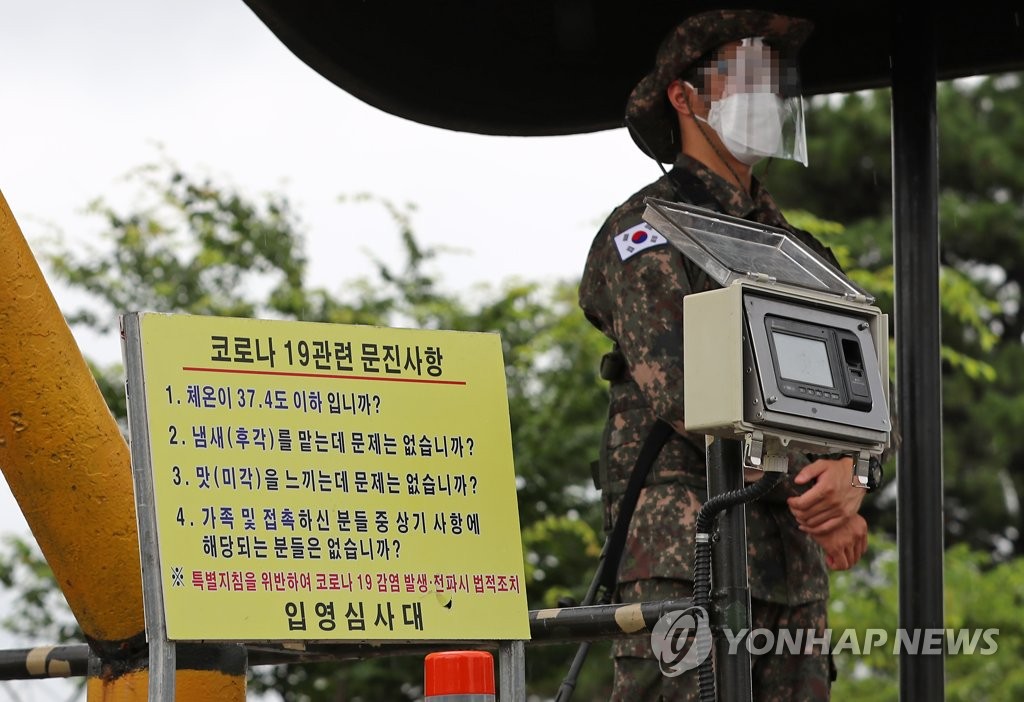