The three chiefs -- Nam Jae-joon, Lee Byung-kee and Lee Byong-ho -- were indicted on charges of sending 3.5 billion won (US$3.1 million) from the agency's special activities funds to Cheong Wa Dae on a monthly basis while in office.

In June 2018, the Seoul Central District Court found them guilty of unlawfully providing the funds to Park's Cheong Wa Dae against their designated purposes, but it ruled that the money cannot completely be seen as bribes as no favors were given in return. Nam was given a three-year prison term, while the two were each sentenced to 3 1/2 years in prison.

The Seoul High Court later that year commuted the sentence to two years for Nam, and to 2 1/2 years each for the two others, acquitting them of part of the charges in relation to bribery and loss of state funds.

But the top court sent the case back to the lower court for retrial in November 2019, saying that they should be found guilty of causing losses to state coffers and that some of the money should be deemed as bribes. 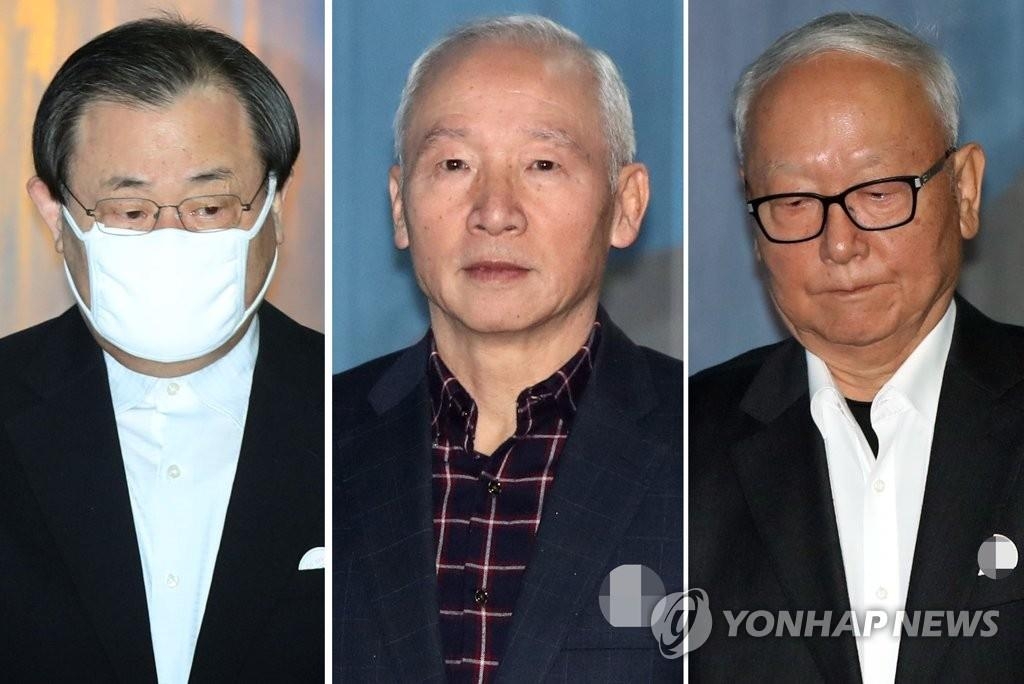