During the phone call, Noh and Kim discussed how to work together to swiftly implement agreements reached between President Moon Jae-in and U.S. President Joe Biden at their May 21 summit and to make substantive progress in efforts to realize complete denuclearization on the peninsula, the ministry said.

Their talks came after North Korea rejected a U.S. offer to hold talks "anywhere, anytime without preconditions. Kim extended the offer during a trip to Seoul last month, but Pyongyang turned it down, saying it is "not considering even the possibility of any contact with the U.S." 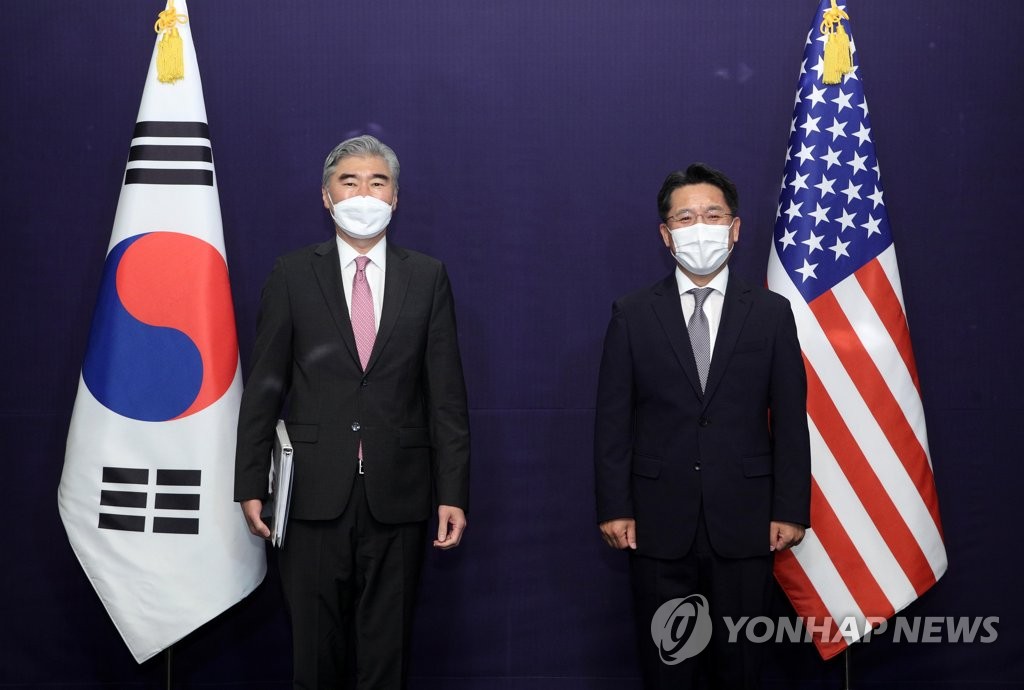