SEOUL, July 11 (Yonhap) -- The inclination against having babies and raising a family, particularly stronger among South Koreans, has turned out to be a trend that apparently not even money can solve.

South Korea's total fertility rate hit a record low of 0.92 in 2019, way below the 1.63 average of members of the Organization for Economic Cooperation and Development, proving that over 140 trillion won (US$122.4 billion) in state funds poured into tackling the nation's low birth rate crisis over a decade since 2006 was futile.

This trend does strike as particularly troublesome especially during an economy weighed down by the COVID-19 pandemic -- as reduction in jobs and thus overall income are undoubtedly detrimental toward efforts to overturn the country's low-birth, aging society conundrum.

Under the circumstances, policymakers are keeping close tabs on the looming demographic challenge, as a structural change in the overall population is projected to have deep economic impacts on both the macroeconomic and individual scales.

Last week, South Korea's top economic policymakers laid out a rough policy vision on dealing with the demographic crisis at hand, with a focus on sustaining the size of the country's working-age population, during an interagency meeting reviewing the state of the economy.

The country is also widely expected to become a super-aged society in 2025, in which the proportion of those aged 65 and older will hit 20 percent of the total population.

To deal with this problem, the government said it aims to put priority on strengthening child care services to prevent more women from experiencing a career break due to childbirths and raising their children.

The announcement came as more working moms had to quit their jobs to look after their children who study at home as they found it difficult to hire child care workers during the pandemic.

Another means of making up for loss in the size of the working population is by admitting more workers from overseas. The government announced it plans to expand the issuance of F-2 visas for foreign talented workers in promising sectors.

The government also plans to initiate a national debate to discuss ways to reform the labor market system regarding senior workers, including areas related to their employment and wage structure, through the presidential economic, social and labor council.

Officials, however, dismissed speculation that the country is considering extending the retirement age, currently set at 60.

Whether to extend the retirement age, possibly to 65, has become a hot-button social issue as the country is expected to face the so-called demographic cliff in coming years.

On the aging population topic, the government vowed to push for measures to help senior citizens better use medical services and strengthen the financial status of state pension and health insurance schemes to cover rising welfare costs. 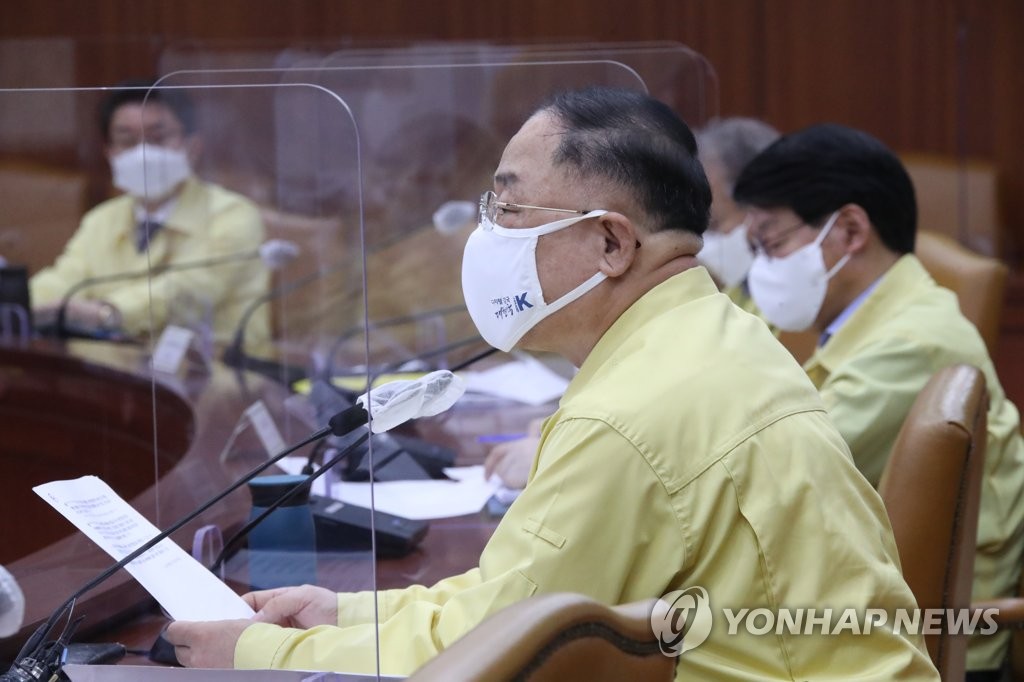 The country will also consider introducing "home medical services," under which doctors and health workers will visit the houses of elderly patients to treat them. It will also push for the adoption of non-contact medical services for senior citizens.

Officials also plan to deal with the problem of so-called regional dissipation, or the population exodus of young people from rural areas, by introducing programs to foster growth of key urban areas across various regions.

The government task force plans to announce follow-up measures, including four major strategies and 13 related itineraries, in four successive notices until September, according to officials.

Others also note the limitations in addressing the demographic challenge at hand through arbitrary government policies, stressing the need for the underlying social culture to change as well in order to better deal with the problem.

"Rather than focusing on ways to promote child birth through incentives or support programs, it will be better to promote a social environment and culture that nurtures and champions parents' child rearing," a researcher at the Korean Women's Development Institute said.