SEOUL, July 8 (Yonhap) -- South Korea's health authorities said Thursday they will announce new social distancing measures for the greater Seoul area soon, amid expectations that the capital area may be placed under the highest level in the four-tier system.

The government will announce a readjusted level of social distancing Friday after a COVID-19 control meeting in the morning, officials said.

South Korea earlier planned to ease virus-related restrictions in July as the country gained confidence after providing at least one COVID-19 jab to around 30 percent of the population. 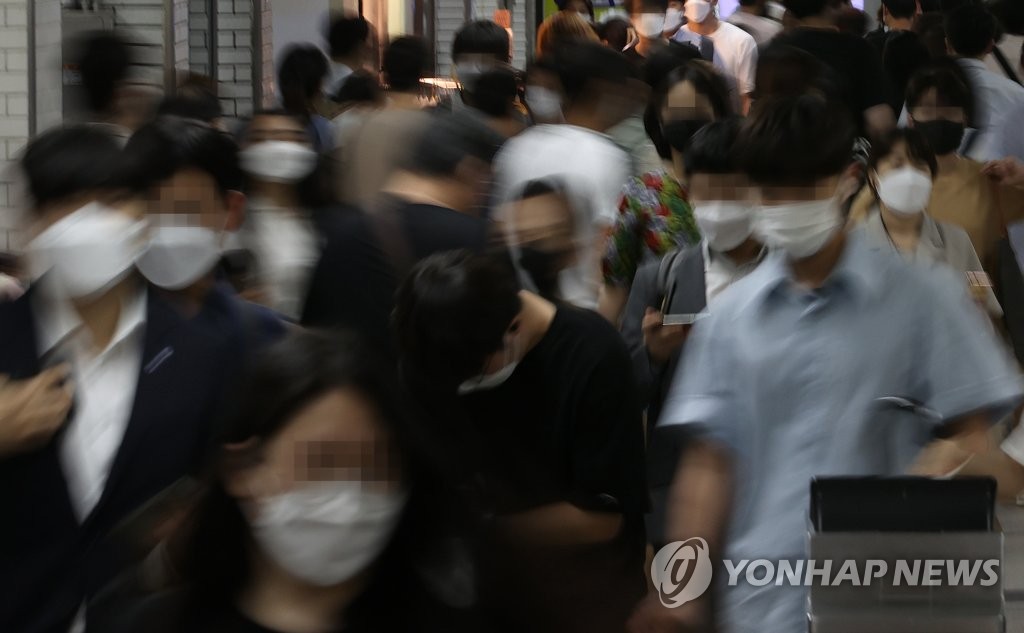 The growing concerns over uptick in virus infections, coupled with the rising number of more transmissible delta variant cases, however, induced the country to delay its decision to lift regulations in the greater Seoul area.

The capital area, home to around half of the population, is currently under Level 2, in which gatherings of up to eight people are allowed. Health authorities, however, decided to keep the ceiling at four for the time being.

Sources say the government may put the capital area under the highest social distancing rules when additional details on new guidelines are delivered on Friday.

Under Level 4, gatherings of more than two people will be banned after 6:00 p.m.. Demonstrations will also be restricted, although the government will allow one-person protests.

Entertainment establishments, including night clubs, will be ordered to shut down, while restaurants will be allowed to have dine-in customers until 10 p.m.