The battery making arm of Samsung Electronics Co. has been reviewing various options to build a new battery factory in the U.S. to supply potential clients but has remained cautious over its plan despite rising market expectations.

"We are considering U.S. investment, but details have not yet been decided," a company official said without elaboration, citing sensitivity of the ongoing discussions.

Talks have been under way with major automakers, including Stellantis, to discuss partnership, which could be a supply deal or establishing a joint venture to build a new factory in the U.S., another source said.

Stellantis, the world's No. 4 automaker, has been considered as a potential partner for Samsung SDI as it plans to build its own battery manufacturing facilities to accelerate its EV transition.

During the EV Day presentation on Thursday, the automaker, which was formed in January from the merger of Italian-American automaker Fiat Chrysler and France's PSA, said it will invest more than 30 billion euros ($35.54 billion) through 2025 for its electrification, noting it is "in final steps" of securing a battery partner in North America.

Samsung SDI is well positioned to team up with Stellantis as its two other Korean rivals have already established joint ventures with American automakers to build battery factories. 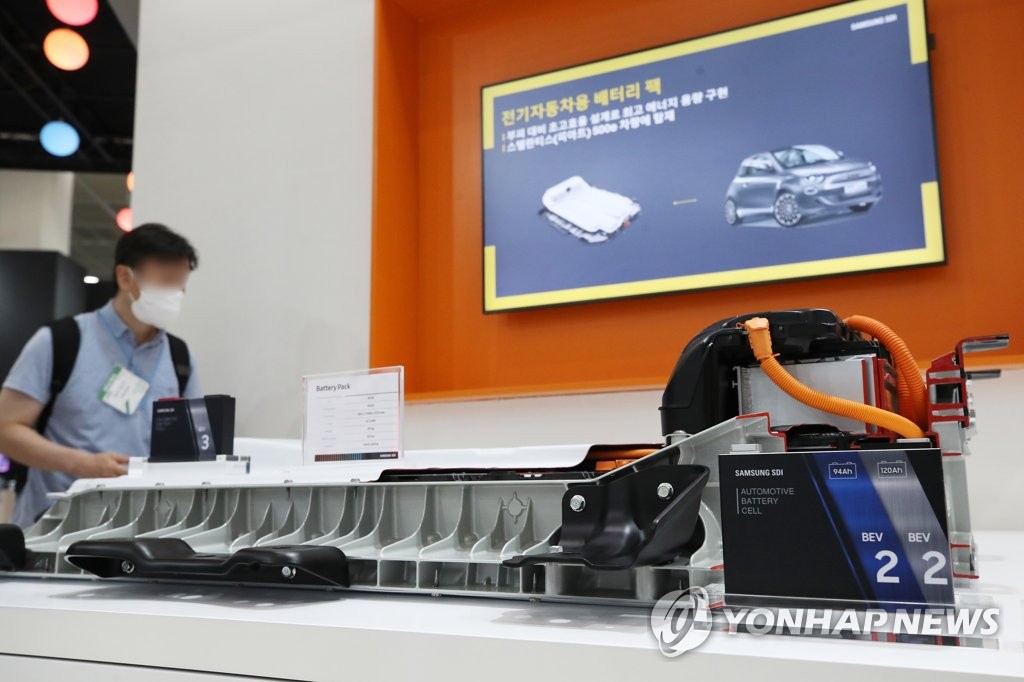 LG Energy has launched a joint venture with General Motors to build battery factories in Ohio and Tennessee, in addition to its plant in Michigan, under its plans to invest more than $4.5 billion in the U.S. by 2025.

Samsung SDI has battery cell plants in South Korea, Hungary and China and operates a battery pack assembly line in Michigan built in 2018.

The company supplies batteries to German automaker BMW and Fiat, now part of the Stellantis family, and has secured a deal from U.S. startup Rivian, backed by Amazon and Ford, for its electric pickup and SUVs.

"As GM and Ford have joined hands with other Korean companies, Stellantis may consider collaborating with Samsung SDI for its plans to build battery factories," Hwang Kyu-won, an analyst at Yuanta Securities, said.

Market watchers say it is not a matter of whether but when and how Samsung decides on its U.S. factory as it is seeking to expand its presence in the key market.

Under the United States-Mexico-Canada Agreement (USMCA) that took effect last year, vehicles that have 75 percent of North American content can avoid tariffs from 2025, raising the need to produce auto parts in U.S. factories.

"To enter the U.S. market, Samsung SDI will need to have a battery manufacturing facility in the U.S. by 2025," Kang Dong-jin, an analyst at Hi Investment & Securities, said.

"Considering the circumstance, the firm may specify its U.S. investment plan within this year so it can break ground no later than in 2022."

The market hype around the new battery investment reflects the high expectation for a fast-growing EV market in the U.S. under President Joe Biden's pledge to increase EV subsidies and expand charging infrastructure.