SEOUL, July 9 (Yonhap) -- South Korea on Friday reported the highest-ever daily COVID-19 cases since the outbreak of the pandemic, as health authorities decided to impose the toughest virus curbs in the greater Seoul area, the hotbed for the recent spike in virus infections, in an effort to bring the fourth wave of the outbreak under control.

It marked the highest number since the nation reported its first confirmed infection on Jan. 20 last year.

Also, it was the first time that the nation's daily infections rose above 1,200 for the third straight day. Friday's figure compares with 711 on Monday, 746 on Tuesday, 1,212 on Wednesday and 1,275 on Thursday. 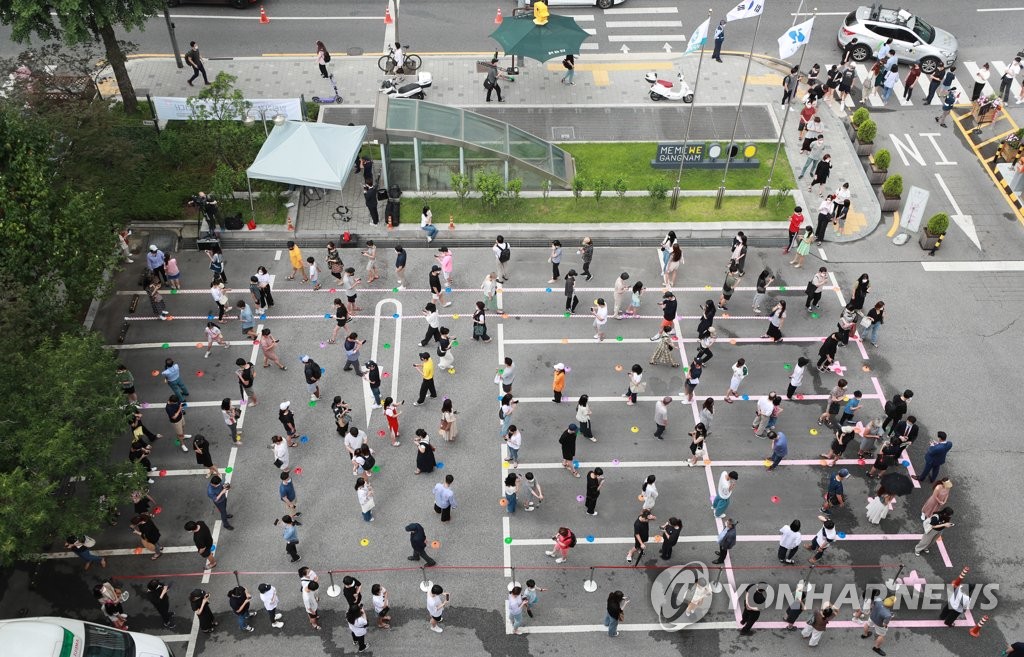 Prime Minister Kim Boo-kyum said the government will raise virus curbs to the toughest level in Seoul and its neighboring Gyeonggi Province and Incheon on Monday for two weeks.

Under the Level 4 rules, private gatherings of three or more people will be banned after 6 p.m. and in-person classes will be closed. Weddings and funerals can only be joined by relatives. Gatherings at entertainment establishments, including night clubs, pubs and sports games, will be ordered to shut down, while restaurants will be allowed to have dine-in customers until 10 p.m.

All schools and kindergartens in the greater Seoul area will switch to online education from next Wednesday until July 25, officials said.

Health Minister Kwon Deok-cheol appealed to the public to strictly comply with the toughest curbs, saying that the fourth wave could be the last crisis of the pandemic before the nation achieves herd immunity.

Kwon said the fourth wave may last for a "considerable period of time" because small cluster infections continue to pop up.

Kwon urged people to stay home and refrain from private gatherings during the semi-lockdown period.

If vaccinations gain pace and people strictly comply with virus curbs, the number could drop to between 260 and 415 in September, the KDCA said. 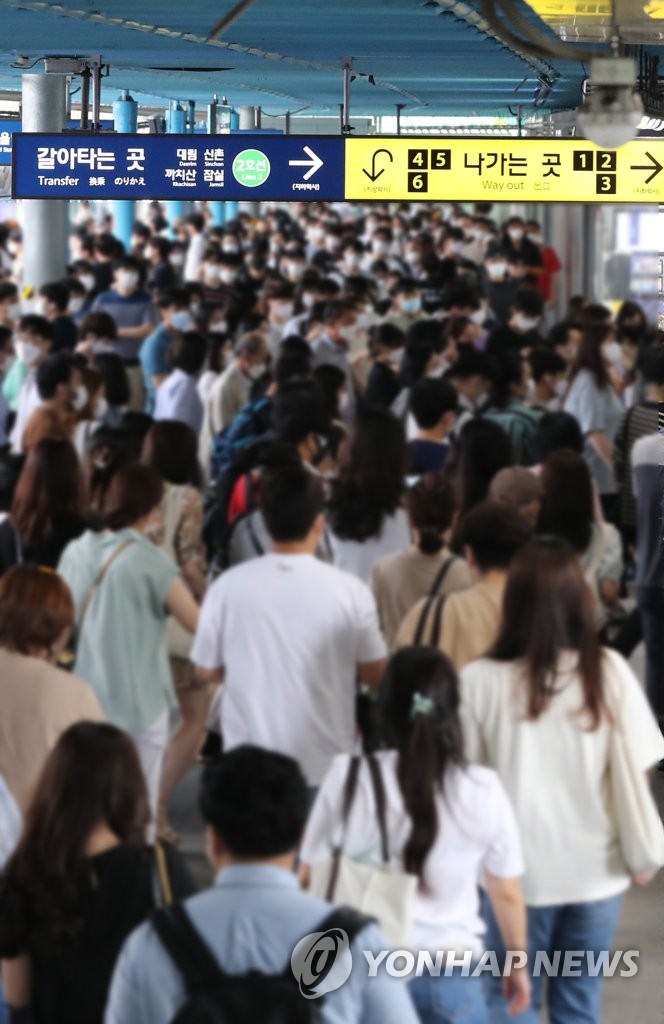 Of the newly confirmed domestic cases, 495 were from Seoul, 396 from the surrounding Gyeonggi Province and 72 from the western port city of Incheon.

There were 80 additional imported cases, with 71 of them from Asian nations.

The total number of people released from quarantine after making full recoveries was 152,498, up 575 from a day earlier.