The 33-year-old captain of the LG Twins in the Korea Baseball Organization (KBO) entered this season with a .322 lifetime average, fourth highest in league history among batters with a minimum of 3,000 plate appearances. The two-time batting champion, who played in the majors from 2016 to 2017, is as consistent as any, when it comes to putting the ball in play.

But this year, slowed by a right hamstring injury, Kim is batting .288 through 73 games. The Twins haven't played since Monday because of rainouts and coronavirus-related cancellations, and Kim remains hitless for July, having gone 0-for-15 in four games. 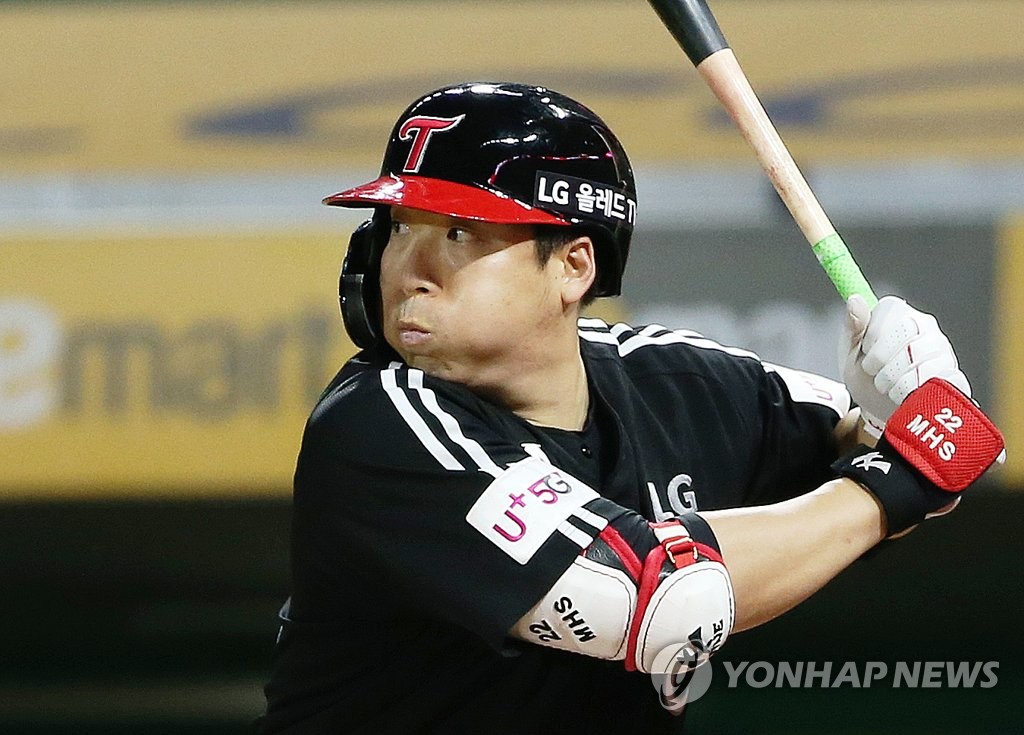 In any other year, this could simply be dismissed as a midseason slump that ails even the best of the best. But this season, with Kim headed to Tokyo for the Olympics in about two weeks, his summer woes are a major source of concern for the defending champion South Korea.

South Korea's first preliminary game is July 29 against Israel, with the United States coming up next on July 31. South Korea will play two tuneup games in Seoul before leaving for Japan, and there's precious little time for Kim to try to rediscover his stroke.

Mother Nature has thrown the KBO regular season schedule out of whack over the past week or so, as the Twins have played only half of their eight scheduled games in July through Thursday. Their entire three-game series against the Lotte Giants in the southeastern city of Busan got wiped out by rain.

Kim usually plays in left field, with occasional cameos at first base. But because of his lingering hamstring issues, Kim has been limited to designated hitter duties since June 8. 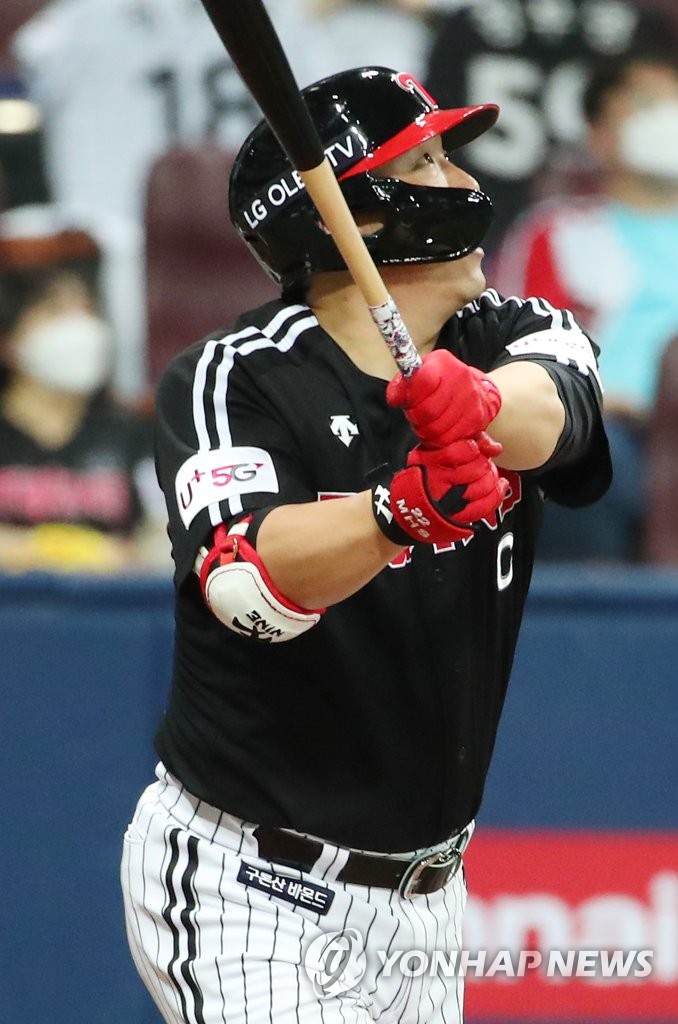 Twins manager Ryu Ji-hyun said Sunday that Kim isn't yet healthy enough to play in the field, and he will have to remain the DH for the foreseeable future.

But national team manager Kim Kyung-moon probably held his breath when Kim Hyun-soo charged down the third base line and slid head first to score on a sacrifice fly in Monday's game.

Only four outfielders were selected for the national team. If Kim can't play in the outfield at the Olympics, it will have a trickle-down effect throughout the roster.

One of the outfielders, Park Hae-min, was largely seen as a bench option who could enter a tight game as a defensive replacement or a pinch runner. If Park has to start because Kim can only be the DH, then it deprives the bench of a key late-inning option.

When manager Kim announced the team in June, he said KT Wiz wunderkind Kang Baek-ho would be the regular DH. The 21-year-old is leading the KBO with a .396 batting average and a .495 on-base percentage. Kang was picked as a first baseman, but he's a defensive liability there. Kang, a catcher in high school, played in the outfield as a KBO rookie in 2018 and moved to first base two years later.

Manager Kim may elect to start Hyun-soo as the DH given his wealth of international experience. It'll be tough to justify leaving Kang's bat out of the lineup but putting him at first base in a close game, ahead of the more accomplished defender Oh Jae-il, could be a risky proposition. 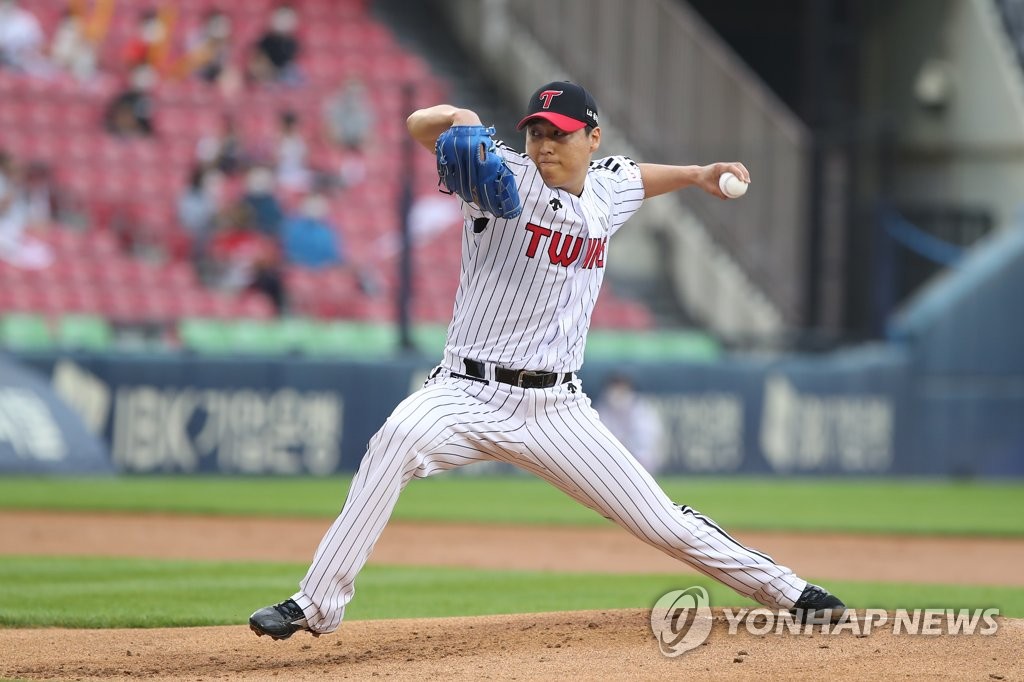 Another Twins player, left-hander Cha Woo-chan, is having some issues of his own.

Cha, 34, missed the first two months of the season while recovering from a shoulder injury that also cost him all but two months of last season. And he was excellent in his first three starts, going 2-0 with a 1.13 ERA over 16 innings.

The third of those starts came on June 18, two days after Cha was named to the Olympic roster. Cha blanked the Kia Tigers over six innings of one-hit ball, as if to disprove critics who questioned his place on the team.

But then the veteran pitcher ran into trouble. He was roughed up for seven runs on six hits, including two homers, in five innings against the Samsung Lions on June 26. After an extended break, Cha returned to the mound Monday and got shelled for five earned runs on three hits and two walks in just 1 1/3 innings versus the Hanwha Eagles.

The Twins sent him to the minor league Tuesday. Manager Ryu said the demotion wasn't due to any injury. He only wanted Cha to work on his game in the minors, and the skipper said Thursday he plans to call up Cha after he spends his minimum 10 days there. 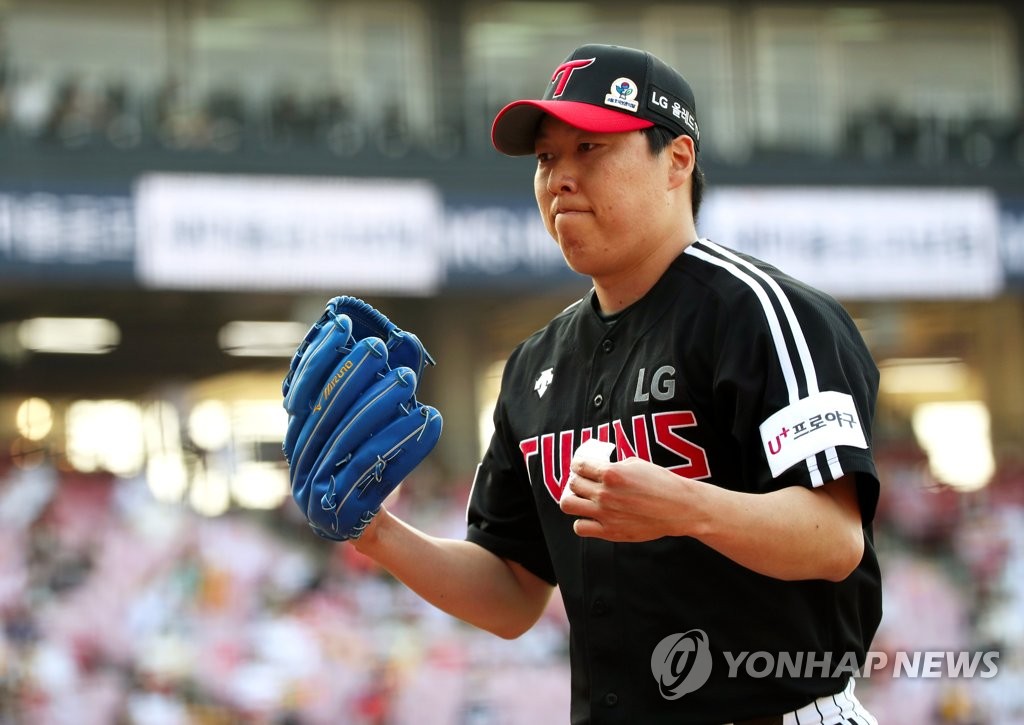 Cha, who has thrived as both starter and reliever in his 16 seasons, is one of only two left-handers on the national team. The other is 19-year-old rookie Lee Eui-lee. Back in June, manager Kim said he wasn't sure how much Lee would pitch in the Olympics and hinted that Cha will get a bulk of lefty-on-lefty matchups.

The pitching staff as a whole is relatively green, with six of them making the senior national team for the first time. When shooting down talks of replacing Cha earlier this week, Kim spoke about intangible value that Cha can offer.

"We have a lot of young pitchers, and I hope a veteran like Cha Woo-chan can act as the pillar of the staff," Kim said. "We obviously have confidence in his ability. But we're also counting on him to be the mentor for our young pitchers."

Tokyo-bound KBO teammates in funk with Olympics on horizon

Tokyo-bound KBO teammates in funk with Olympics on horizon